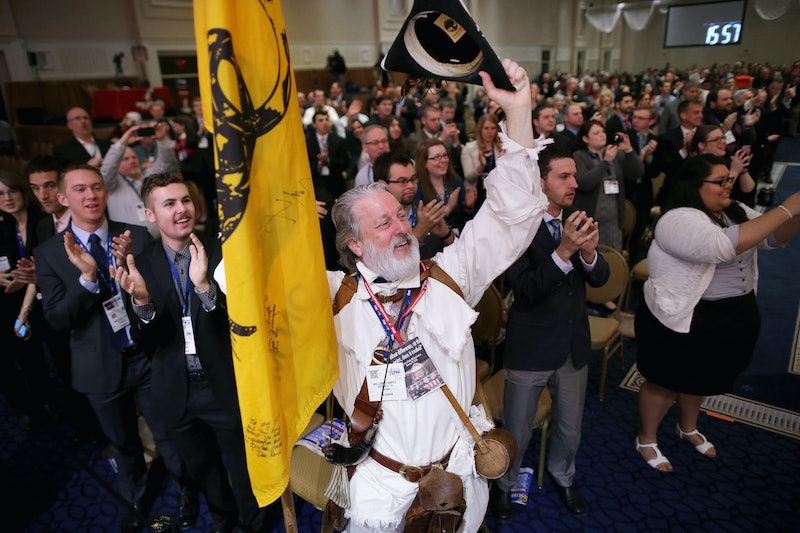 CPAC is mixing things up — it's no longer the conference your Republican grandpa might have attended. The annual event hosted by the American Conservative Union (ACU) brings together all the major contenders for the Republican nomination and an audience spanning the conservative spectrum. Close to 2,500 people attended CPAC last year. And for better or for worse, CPAC made some changes that might help or hurt attendance in the future.

There's a new rule at CPAC that required speakers engage in a Q and A session with the audience after their speech. Jeb Bush and Chris Christie were the only ones to opt out of a speech entirely, choosing a 20 minute period for questions. The format change is probably for the best. It allows more opportunity for audience engagement with speakers. It's more personal, and it provides an opportunity for attendees to see a less polished candidate, who can deliver un-prepared remarks.

Before the conference, Matt Schlapp, the chair of the ACU told The Washington Post:

It’s going to be about the execution and how do they think on their feet when they get questions. Those candidates who are considered crowd favorites of conservative activists are going to have to perform well.

Gone are the days of perfection, which is a good thing. Remember how Romney came off as the far too perfect, almost robotic candidate? Yeah, not good. And CPAC is changing that, which is a great service to the candidates and the Republican Party.

The last day of the conference, Saturday, focused almost exclusively on panels and breakout sessions, instead of individual speakers. CPAC is enticing to people who are interested in policy and those who follow the party politics. But those are two different clienteles. In the past, CPAC has balanced speakers and panels each day. Saturday featured panels like: "Save Us From Bankruptcy: Reforming Federal Entitlements and State Pensions" and "Dusting off the 10th Amendment: The Future of Federalism." These are great for the policy wonk, but not the general attendee who's there for the headliner names.

Balance is key. The inclusion of a question period is imperative. It starts an early conversation between candidates and voters long before the primary, and this format indicates something important — candidates shouldn't be the ones framing the discussion, they must be answerable to the voters. The imbalance of speakers and panels on certain days could pose future problems. If CPAC wants to play a larger role in the nomination process, they've got to make it user friendly, and empower the attendees — so keep a talk about the Federal Reserve, but feature Rand Paul after to wake up the non-scholars in the room.