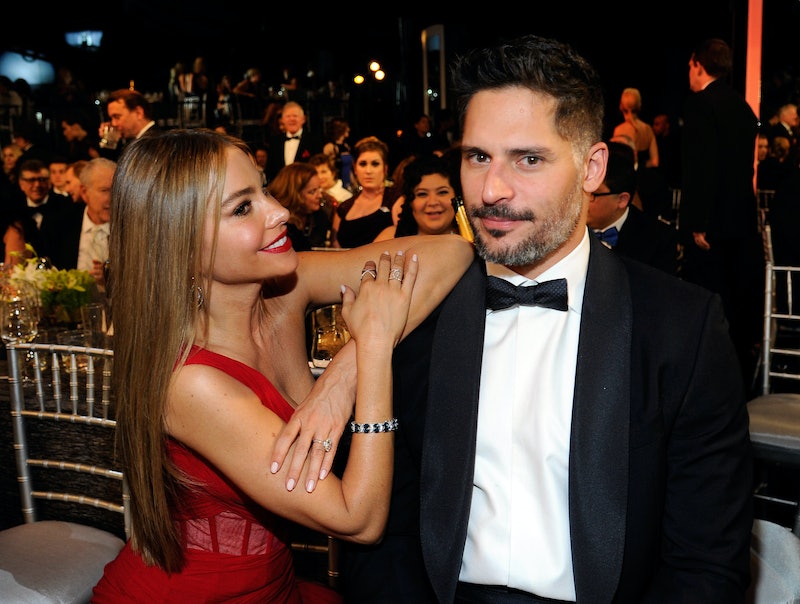 Usually when we hear of a celebrity couple postponing their wedding, we assume it must be a sign of some trouble in paradise, which is why I was so concerned when I heard Sofia Vergara and Joe Manganiello were postponing their wedding plans. To be honest, I still haven't recovered from the time Ben Affleck and Jennifer Lopez set their wedding back and it ended up never happening. So, I refuse to believe that this will happen with Vergara and Manganiello, because these two seem to really, really like each other.

(Update: On Feb 28., Joe Manganiello posted a tweet reading, "I never said that FYI. That's a made up quote and isn't the truth" in regards to a People magazine post that quoted him saying, "I would love to get married this summer, but I'm going to be too busy promoting my male stripper movie!" to Page Six. There is no word on whether Sofia Vegara's quotes to Page Six were correct.)

Lucky for us, we heard the news straight from the source and Vergara and Manganiello both confirmed that they can't wait to get married, but have decided to postpone the date because of the release of Magic Mike XXL. Now, this is an excuse I am willing to accept.

Vergara told Page Six at the Vanity Fair Oscar Party, “We wanted to get married this summer, but Joe will be busy working and promoting Magic Mike 2.” I mean, after catching a glimpse of the film's trailer, I have to say I am eternally grateful that Vergara is respecting the throngs of ladies who will be eagerly awaiting to pine after her man on his promotional tour. Lucky, lucky lady.

Anyway, because I choose to think of this in a positive light and trust that they are making all the right decisions, I decided to make a list of all the reasons (besides Magic Mike XXL) that waiting for a fall wedding will be the best for them..

Sofia Has A Film to Promote, Too

It's lovely that Vergara is willing to postpone here wedding for Manganiello work, but this lady is keeping really busy too. She will be on the promotional tour for her upcoming film with Reese Witherspoon, Hot Pursuit, to be released in May.

More Time To Plan With Reese

Witherspoon and Vergara became good friends while filming Hot Pursuit, and Witherspoon shared with Mario Lopez at the Oscars that she is ready to help her new friend out with the upcoming nuptials: "We’ve already talked about the wedding, we have a lot of plans... I gotta help, I’ve gotta be there for my girl! So I’m excited.”

They Can Go On A Well-Deserved Honeymoon

At the same Vanity Fair party, Vergara shared a concern about a very important part of a wedding: the honeymoon! She told Page Six, “We want to get married at a time when we can get away and make time for a honeymoon, so the wedding will probably be later this year.” The honeymoon will only be that much sweeter once their films are both released and they can just bask in the true newlywed glow.

As you can imagine, being two of the hottest Hollywood actors right now means you probably have a LOT of people that would love to be at your wedding and vice-versa. Also, I know the struggles Vergara might be having with trying to control her guest list because I also come from a Colombian family, and I will just say that we are usually very big and LOVE to party. She shared at the SAG Awards this year, “It’s going to be big. We started off with 20 [wedding guests], and now there’s like pages and pages.”

They Get To Fall in Love Even More

These two met and got engaged really quickly, and I'm not saying that's a problem because sometimes you just know, but some extra time will only allow them to fall even more in love. And at the rate they are going, this wedding will just be the perfect cherry on top of their whirlwind romance and new beginning surrounded by supportive friends and family.