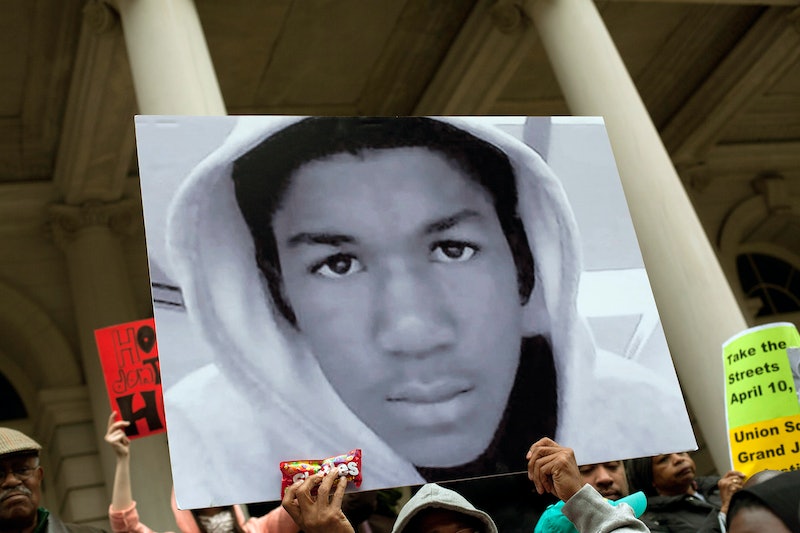 MSNBC host and political commentator Melissa Harris-Perry made some interesting comments about Trayvon Martin and George Zimmerman while addressing students at Cornell University earlier this week. According to Mediate, Harris-Perry was delivering the Ivy League university's annual Martin Luther King, Jr. Commemorative Lecture on Monday, and centered the talk around the theme, "We Can’t Breathe: The Continuing Consequences of Inequality."

Given the title — which includes the last words of Eric Garner, a Staten Island resident who died after being placed in a police chokehold in July 2014 — Harris-Perry appropriately focused on the ongoing police and gun violence against African-American men in people of color communities across the United States. But one part of her lecture, on the 2012 killing of 17-year-old Trayvon Martin by volunteer security watchman George Zimmerman, ruffled the feathers of Cornell's conservative publication, the Cornell Review.

In a blog post published on Monday, the student-run newspaper called Harris-Perry "a shame and an embarrassment" for the Ivy League university. The MSNBC host said this:

I hope [Martin] tried to stay alive. I hope he knew that he lived in a state with a “Stand Your Ground’ law. And I hope he whooped the shit out of George Zimmerman. And it’s not disreputable because he encountered a stranger who was prepared to kill him, and you know how I know? Because he killed him.

As you may recall, Zimmerman was acquitted of second-degree murder and manslaughter charges, claiming he shot Martin in self-defense. On Tuesday, the Department of Justice announced that it would not bring civil rights charges against Zimmerman due to " insufficient evidence" that the fatal shooting was a hate crime. The Justice Department has now officially closed its investigation into the shooting.

Here's a video clip of the speech, which the Cornell Review uploaded onto YouTube.

Harris-Perry's words received a smattering of applause from the couple hundred students who attended the event. However, the members of the Cornell Review were shocked by the MSNBC host's speech, which they likened to a comedy routine. "Let us only hope Cornell will select a more refined, serious speaker next year," student writer Casey Breznick wrote. "On campus, comedians should perform their skits in Bailey Hall, not in Sage Chapel in commemoration of Dr. King."

The Cornell Review also claimed that Harris-Perry compared King to Beyoncé. "We think of King as the one great voice, like Beyoncé," Harris-Perry said.

The conservative student-run publication wasn't impressed with that, or Harris-Perry's thoughts on black bodies, writing:

Here on display was the infantilization, the self-parodying of the gravity of topic of discussion–race in America–by minimizing the proper role of rationality and introspection to make room for galvanizing buzzwords and catchphrases.

That said, it looks like other Cornell students enjoyed Harris-Perry's lecture.