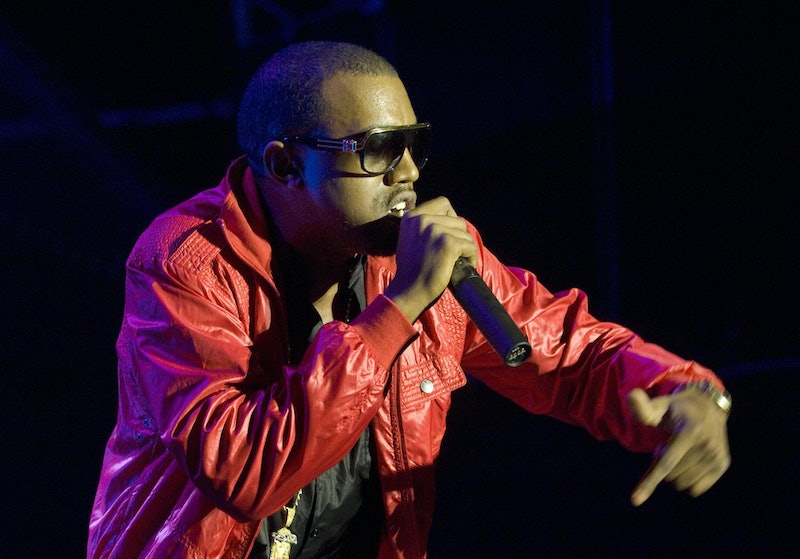 For anyone who finds themselves randomly wondering what's happening on the opposite side of the world, you might be interested to know that the Brit Awards just came to a close, and like with any awards show, there's plenty to discuss. For instance, everyone cannot stop buzzing about Madonna taking a backwards fall off a platform during her set, or how Taylor Swift stared in open-mouthed awe while Kanye West performed his song "All Day," a reaction that probably had something to do with the flame-filled, overwhelmingly crowded stage. Anyway, my take on "All Day" is that West's flow is absolutely crazy and the music is catchy enough to get the most shiftless couch potato to abandon those comfy cushions and get to dancing. The song also has the potential to put folks in a sulky mood because their daily itineraries probably come nowhere close to what Yeezy's been doing all day.

Anyway, I listened to the song a few times in search of some profound meaning, a revolutionary thought or two, or something that's irresistibly intriguing, but frankly, it's just not there. This isn't to take a shot at Yeezy's self-proclaimed genius (that's fighting a losing battle), but in "All Day," West basically reiterates a lot of what's already common Yeezy knowledge.

Here are 6 lyrics from "All Day" that confirm what we already know about Kanye West:

He Lives the Good Life

"Ball so hard, man, this sh-t cray..." Remember those little songs like "Ball So Hard" and the subtly titled "Good Life," Yeezy? We're clear on this one.

He Always Has the Last Word

"I don't let 'em play with me, I don't let 'em talk to me no kind of way." Well, duh. Who could forget about that time West banned the paparazzi from talking to him?

He Loves Talking About His Wife

"I keep a bad chick on the passenger side." No matter how you feel about it, these two are completely obsessed with one another.

He Shops Off Season

"Shoppin' for the winter and it's just May." Not only is this the mark of a smart consumer, but perhaps it also explains 'Ye's former affinity for wearing leather pants year-round.

He Knows He's the Best

"People lookin' at me like I'm worth both MJs." People comparing West to greats like Michael Jackson and Jordan only confirms what he already thinks about himself.