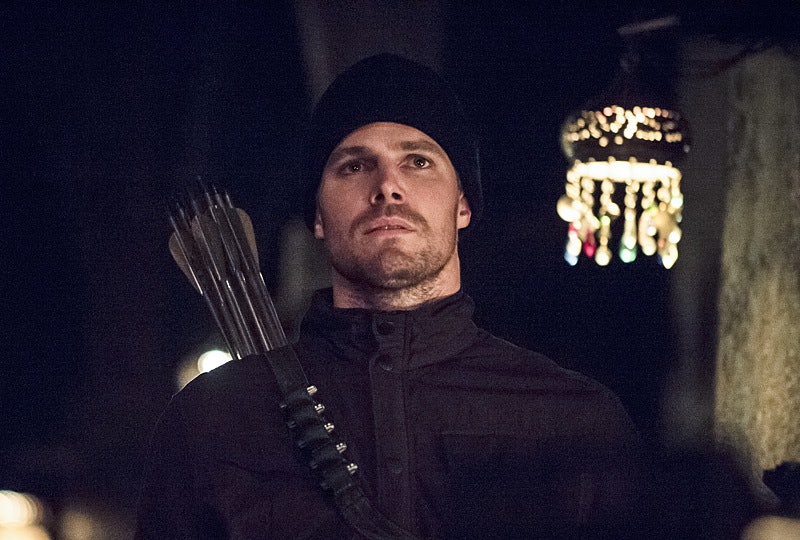 Given that the series is about to go on a brief hiatus for the next few weeks, I wasn't all that surprised to hear that Arrow was gearing up to deliver yet another shocking cliffhanger similar to the likes of when we watched (in horror) as a very wounded Oliver fell off that snowy mountain. And let me assure you that Wednesday night's Arrow episode "Nanda Parbat" proved to do just that when Ra's al Ghul asked Oliver to be his replacement as the League of Assassins ruler. I know. Pretty crazy, right? And here we thought our beloved vigilante was about to face mortal peril (again), when in all actuality, he's just been given the chance at a substantial promotion.

It kind of reminds me of all those times your boss calls you into their office and you automatically assume you're getting fired (because OMG what does this mean?), when really they just want to pay you a compliment or give you a raise or find out when your birthday is. (No? Just me?) What I'm trying to say here is that some things aren't nearly as bad as what you've envisioned in your head and this appears to be one of those situations.

I mean, I was starting to seriously worry that Diggle was going to die. He was given an unusual amount of screen time and then he asked Oliver to be his best man at his wedding. (Awww!!!) So yeah, I thought he was a goner, which is a big part of what made this whole thing so shocking. (Just goes to show, you don't need death for there to be a big twist.) And now Oliver has this massive decision to make that could alter the course of his life and all those around him for good. The only question is — will he say yes?

The way I see it, there's just no way he can turn this offer down, right? For one thing, it will give him the power to effect real change and save countless lives not just in Starling City, but throughout the whole world. He'll no longer be a vigilante, but rather a warrior of justice. And since this is Ollie we're talking about, we already know he'd be a fair and wise ruler. Plus, he'd most definitely get to relax in that Lazarus Pit that we saw earlier. And a potentially immortal Oliver is one that I can definitely get on board with.

Do not fail you fans, Oliver. Take the job.