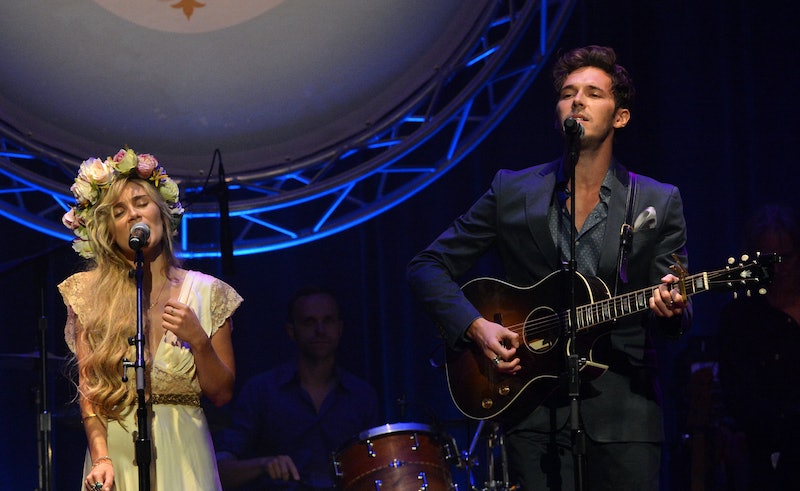 "You got no social life, right?" That was Scarlett's smooth move with the doctor on Nashville tonight — consider my socks significantly knocked off. In all honesty, I thought it was really cool that the often timid Scarlett asked her Uncle Deacon's physician Dr. Rand out at the end of the episode. Scarlett has always had a rough go of it, and I like to see her taking charge. Cheers to Scarlett and Dr. Rand! He seems very nice. Plus, at some point you have to wonder if it's healthy for artists to exclusively date other artists. Not that this show has always been the best example of that. I don't even want to get into the trouble Teddy is heading for on Nashville.

Regardless, it was refreshing that she didn't fall back into Gunnar's arms. Not that I don't ship them, per se. It seems like the two of them are meant to be together in the end. However, growth is nice too. The first time Scarlett and Gunnar go together was right after Gunnar's brother Jason had been killed. Both Jason and death are thematically back on the table now. It's important that the two of them not repeat the past if they ever want to be happy together.

What's fantastic is that in one fell sweep, Scarlett got both her professional and personal lives back on track. Before her cute scene with the doctor, she played at the Bluebird with Avery and Gunnar. The three of them are fast becoming one of my favorite musical acts on the show. They're young. They genuinely enjoy each other's company. Avery needs something to do career-wise now that Sadie Stone's record is holding production. All this band needs is a new name.

One last thing — I'm a little sick of waiting around for Nashville to reveal that Maddie Conrad is going to be a match for Deacon's liver. That has to be the answer, right? I get that it's a television show, but we can only tiptoe around that inevitable truth so much.