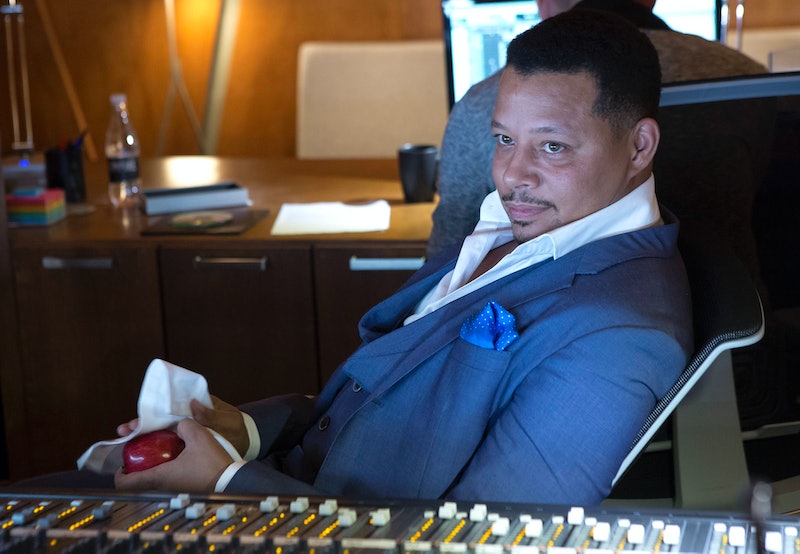 And just like that, the hope for a happy Lyon family ending is dead in the water, all thanks to its patriarch. On Wednesday night's episode of Empire , "The Lyon's Roar," things were starting to look up for Lucious and his family as he was attempting to reunite with Cookie while the two made a new legacy album for Lucious — with Hakeem and Jamal's assistance — and recorded a remix of a song near and dear to the entire family. But being the stubborn, paranoid, close-minded person he is, Lucious ruined everything before it even began by burning bridges with everyone close to him, from both of his lady loves to his most loyal son.

Obviously, there would be no show without any obstacles, but the fact that so much was torn down in just one episode is seriously mind-boggling. Almost every major character on the show ended up having a beef with Lucious, or the other way around, and judging by next week's promos, it's only downhill from here. Lucious not only drove his family away from him but his words and actions seriously hurt them in many ways. In the end what Jamal said about his father in the episode was spot on: "he's incapable of loving anybody but himself."

See how great things could have been if Lucious would just not be so... Lucious? Ugh. Whatever.

The first big Lucious Lyon misstep of the night came when he promised Cookie he would "ditch the bitch," — that's Cookie's way of demanding Lucious dumb Anika — in order to reunite with Cookie. Because according to Lucious, at least at the beginning of the episode, he had been with a lot of women but was always trying to find Cookie in them. So basically he told Cookie she was the love of his life and yet he divorced her while she was in jail protecting him and his music and the company she helped start. I'm constantly confused by his actions.

But of course, when Anika confronted Lucious about his cheating and threatened to take down his company if he put her father in jeopardy by asking him to lie about Lucious' "clean bill of health," Lucious immediately gave her what she wanted: He promised her they could get married ASAP. And then what does he do? He immediately hooks up with Cookie one more time.

Cookie tells Anika about their second hookup and later tells Lucious what we wanted to tell him: "Go to hell." She later explains that all of her focus would now go to the people who actually cared about her and loved her and wanted her love in return: Jamal. Anika on the other hand, ended the episode by walking into Lucious' rival Billy Berretti's offices to clearly start some more trouble. Honestly good for her. While I definitely don't want to see the Empire get torn down just because of Lucious' idiocy (because I'd rather the three sons run the place together), I do think it's about time for Anika to actually do something about Lucious' terrible ways of running the company and constant lying for his own selfish reasons.

And then of course there's Jamal. Lucious' middle son finally came out during the Lyon/Empire White Party with a remix of his father's own song "You're So Beautiful" by changing the lyrics to the song to feature the words "This the kind of song that makes a man love a man." The completely public and huge outing shocked Lucious and made him replay all of the moments of realizing his son's sexuality throughout their lives. And in the end, Lucious' anger ruined his legacy album and his weak but growing relationship with Jamal.

Finally there's Andre. The eldest Lyon son was feeling left out the whole week thanks to being ignored by his musical family. So when he and Vernon got the bright idea of having the record label make him the acting CEO should anything happen to Lucious, he tried everything to get enough votes, including trying to get his wife to sleep with a board member's husband for the vote. Rhonda finally had a change of heart about her and Andre's sexual games but eventually Andre got the votes he thought he needed, until Lucious voted against him.

When confronting his dad about his lack of confidence, Lucious explained that he would leave his empire to someone who cares about his family, not someone who wants to tear it apart, which is what he thinks Andre and Vernon are doing behind his back. This part of the argument may not be too far off, but that's about as much as I'll agree with Lucious in this bit. Lucious goes on a rant about Andre when Andre explains that he always felt left out in the family because he wasn't musically talented, he got good grades, he went to college, because he wanted to be accepted. But Lucious tears down his son, leaving him with almost nothing.

Andre, who is already bipolar and whose medication has been off according to Rhonda in previous episodes, seems to suffer something of a breakdown after his father basically tells him that his fears that his father and family hate him are true. He gets so low that he plays Russian Roulette with a gun and thankfully does not shoot himself in the head. But clearly, Lucious doesn't realize how much his words and actions negatively affect so many people around him. You would think that a man so consumed with the idea of family, fortune and music wouldn't destroy his chance at immortalizing all of those things, but that's precisely what he did. And it's hard to see how he could makes things better if he ever got smart enough to realize he wanted to do so.