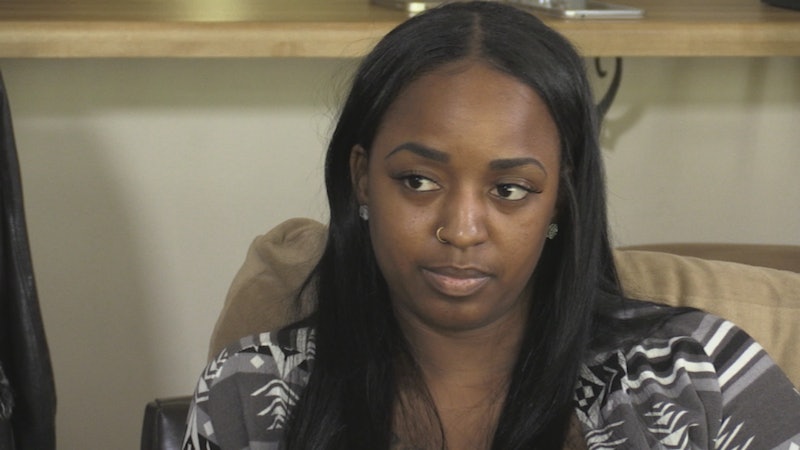 If you're still thinking about the Season 4 premiere of Catfish, you're not alone. On Catfish , Miracle Hunt enlisted the help of Nev and Charlamagne to learn more about a man she had fallen in love with online, named Jiovanni. Jiovanni said he was a music producer who split his time between Atlanta and Milwaukee (two huge red flags: music producer and conveniently "traveling"), but Miracle wanted proof of who he actually was. Fair enough, girl, but don't be let down when you find out he isn't who he says he is, because they're never who they say they are. And, of course, Jiovanni was not a music producer in Atlanta, but instead a husband and wife duo named Rickie and Kara.

I'm not married, but this is a weird husband and wife bonding technique, right? Turns out, Miracle had been talking to Kara, the wife of Rickie — whose name came up during Nev and Charlamagne's extensive research — to help with Kara's boredom. Yes, all of this was because Kara has Lupus, so she spends a lot of time inside and needed something to do.

Miracle obviously wasn't jumping at the chance to be best friends with Rickie and Kara, but she had a pretty good sense of humor about the situation — although you can tell she was hurt to find out her dream man didn't actually exist. So what's the update on Catfish's Miracle, Rickie, and Kara?

What's Miracle Up To?

Miracle has been hitting up Instagram like a pro. It doesn't look like she has anyone special in her life (relationship-wise), but after going through an experience like that with Kara and Rickie, do you blame her? During the after show, Miracle said she was single and if she learned anything from the experience it was to not accept random friend requests. Preach, Miracle.

What Are Kara & Rickie Up To?

Kind of tough to say. It was impossible to find either Kara or Rickie's Twitter accounts. Kara's Facebook hasn't had a status update in a while. Kara did say on Chatfish that she has her good and bad days, health-wise. Kara has deleted her Jiovanni profile and has stopped catfishing people.

Rickie stopped by the after show and said he never expected his wife to do something like this, but said she's always doing crazy stuff, "she's always fun." Fun. They have a weird definition of fun, but OK.

During Chatfish, Kara and Miracle shocked audiences by saying that they actually hang out and talk all the time. Yes, even though the relationship was a hoax, these two actually seem to be friends now which is probably a good thing consider they live within walking distance of each other.