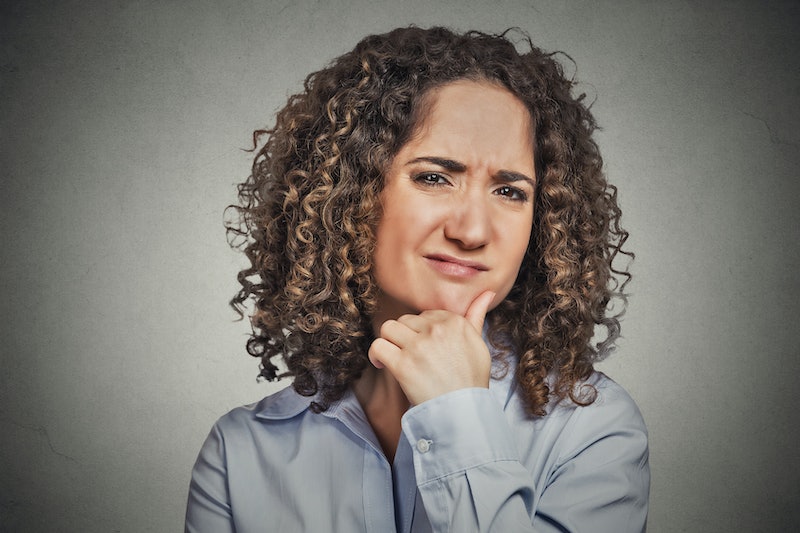 Internet slang changes so quickly that I've started to have a hard time keeping up with it. This is why my reaction to seeing “SMH” popping up on my Facebook newsfeed has generally been, “What does SMH mean?”… Well, actually, it's been more like, “'SMH?' What is this 'SMH' of which you speak? Is that what the cool kids are saying these days? How does one use this mysterious term? For that matter, how does one even pronounce it? Does one separate each letter, or does one attempt to expel them all at once, not unlike a sneeze? I must know! Explain it to me, Internet!”

This is what happens when you get old, kids. Just, y'know… something to be aware of.

Anyway, it turns out that the acronym itself has actually been a while. I've fond posts both extolling it and bemoaning its existence going back as far as 2011 (which is ancient history in Internet time — but perhaps because I am an old fogey, I've only recently started encountering it myself. Therefore, in case there's anyone else out there in the same metaphorical boat as I am, I've put together a handy primer on what it means and how to use it. Because I can't be the only one who's having trouble staying “on fleek” these days, right? Or… something. That's not actually how you use “on fleek,” is it? Blast. Looks like I've still got a lot to learn.

SMH typically stands for “shaking my head,” although it can also be used to mean “stupid minded humans” or “so much hate.” “Shaking my head” (or “shakin' my head,” if you prefer) is the more common version, though; it's generally deployed as a way to express chagrin and often serves as a piece of punctuation — or, in the words of Urban Dictionary, it appears “when someone finds something so stupid, no words can do it justice.” It should be noted that “SMH” itself is the base form of the term; sometimes it's modified with the addition of a D (“shaking my damn head”), an F (“shaking my fucking head,”) and so on.

So: When should you actually use SMH? Here's a helpful guide to situations in which the acronym might be useful. Be warned, though: Generally it's best kept to textual conversation. Speaking Internet acronyms out loud will inevitably result in people shaking their heads at you — but for real. The disapproval is strong in this one.

1. When your obnoxious younger relative posts an image of themselves doing something foolish and/or slightly illegal on social media.

You do know that the Internet is forever, right? How do you feel about potential employers being able to find images of you trashing someone's car 10 years down the line?

2. When the bus is late for the eight millionth time.

3. As a way to own up to having done something stupid yourself.

“Things not to do when making a smoothie include turning your blender on without putting the lid on first. SMH.”

4. When commiserating with someone else over something inexplicable and/or depressing.

5. In jest when your friends do something dumb.

Did your perpetually late friend show up at a party on time for once, only to discover that they'd arrived on the wrong day? SMH.

Play us out, Prince: