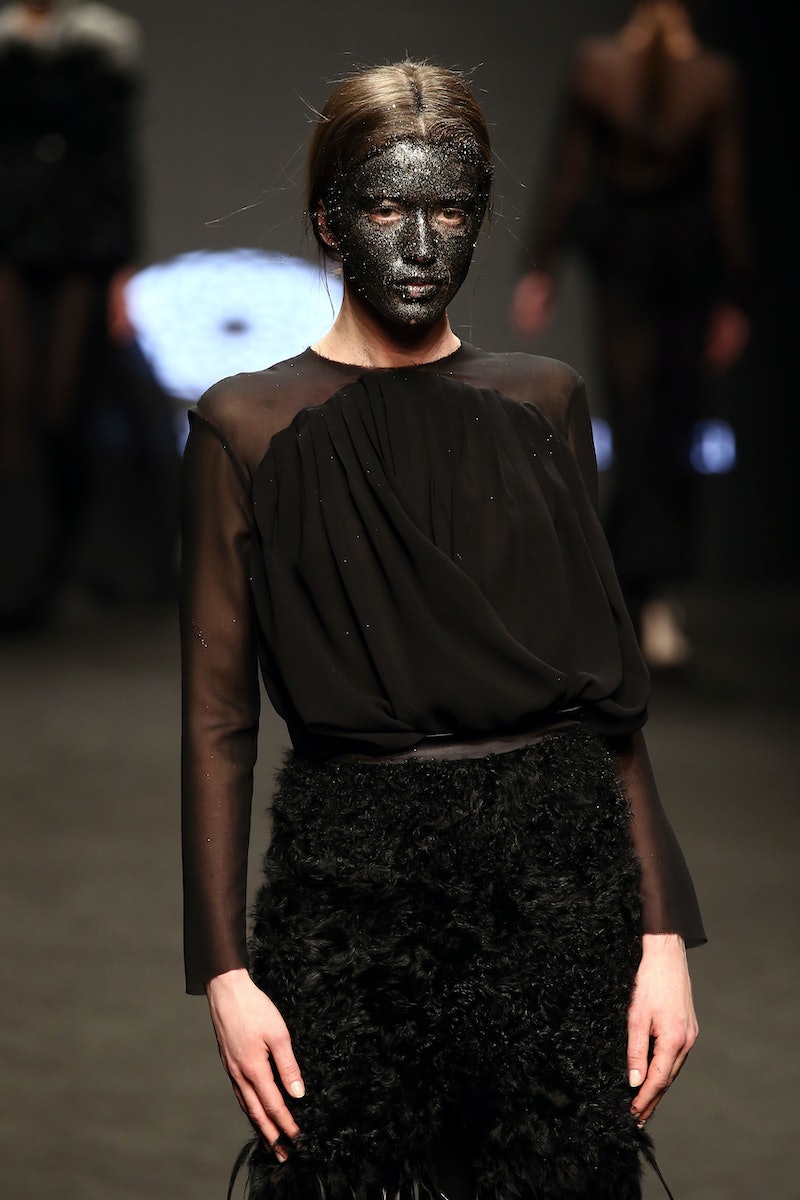 Milan Fashion Week has only just begun, yet it's already been home to some of the craziest shows of all this year. Sure, New York showed cartoonish dolls with neon makeup and painted wigs a la Jeremy Scott, but Milan offered up furry slippers and exposed nipples at Gucci, as well as whole host of other bizarre looks. I know that fashion shows aren't a reflection of super wearable fashion and beauty, but some brands are starting to get ridiculous — and more than a little controversial. Models donned glittery black face paint at Claudio Cutugno's show at Milan Fashion Week, and It's the strangest look I've seen yet.

I'm all for unique and interesting styles that command attention, but come on — you can hardly see the models' faces. Not to mention that this is literally blackface, which is, you know, racist. While this may not have been the designer's intention when he dreamed up this artsy makeup look, it seriously blurs the line between creative expression and just straight up discrimination. You simply can't paint a model's face black and ignore any racial connotations.

Aside from the highly controversial aspect, the opaque faces totally distracted from the clothes. I barely noticed what the collection looked like because I could only focus on these creepy, sparkly faces. According to The Daily Mail, the intense makeup was inspired by artist Emilio Isgrò, and is reminiscent of bees that he used often in his art. Why would you want your models to look as if they are being swarmed by bees? IDGI.

I'm all for weird, but this is just not cool.

Bustle has reached out to the designer for comment and will update once we hear back.