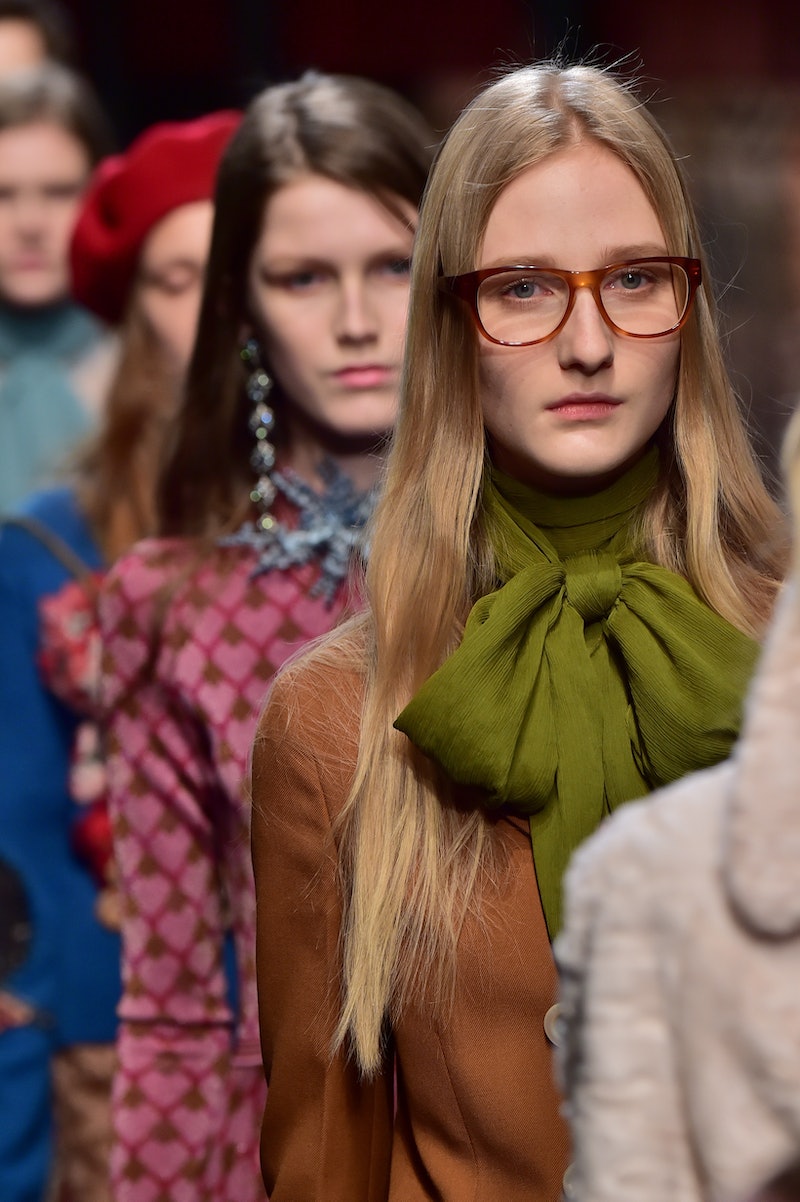 Screw simple heels. Heck, screw fancy flats. Embrace the comfiest footwear of all: fuzzy slippers. Gucci just sent some down the runway at Milan Fashion Week, which officially means all us normals have permission to abandon all traditional footwear for good.

Alessandro Michele's debut women's collection for Gucci sent androgynous models with subdued florals, simple glasses, coats with fur accents, and stewardess-esque long bows around a subway-like setting at MFW. With minimally done makeup and effortless hair, the clothes and accessories spoke for themselves. The beret and beanie-topped models were gliding, not stomping, in slippers a la Birkenstock, low-slung black gladiator sandal heels topped with pom poms, braided and patented textures.

But the show-slowing, eye-catching, insta-worthy pick are a pair of furry, beige-gold luxurious loafers. Some say they're fugly; I say fantabulous. They came down the runway several times, looking like flattened honey blonde wigs. They were hairy, not scary (like Cousin It). Sure, they're a lot for casual lounging gear — but what better time to be fabulous than when you're cozying up for your nightly Netflix?

While likely best worn inside an Italian mansion, if you can swing a pair for yourself, I'd say go for it. The Gucci brand is well known for its polished loafers, but this aberrational design resembles the feet of Chewbacca — if Chewie were the richest, most fashionable animal on a planet far, far away from our street-style wallets.