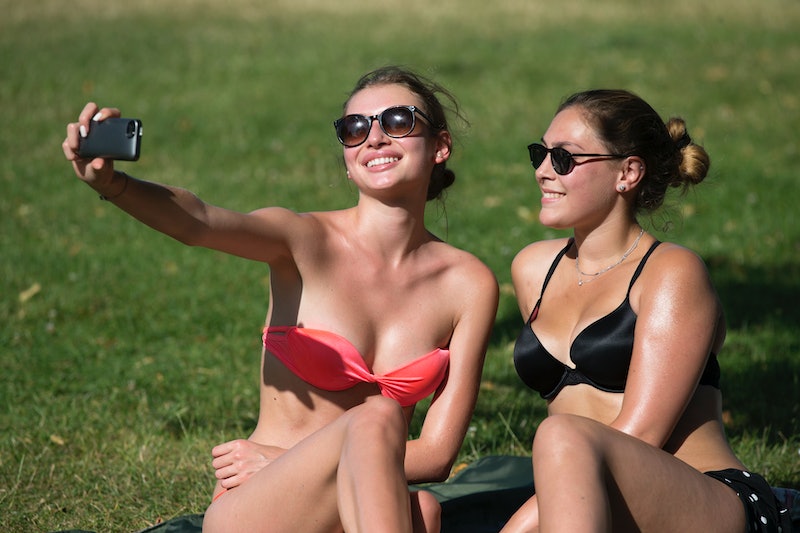 Most people are aware of the perils of advertising, which tend to prey on our insecurities in an attempt to make us buy things. This new UK commercial for the KAZAM Tornado 348 cellphone, though? It's a doozy. It was recently banned due to the way it objectified the woman in the commercial — and if the United Kingdom's Advertising Standards Authority needed a secondary reason, it would have been due to how ridiculous and pointless the ad is. Seriously. It makes no sense.

The first 40 seconds of this 60 second advertisement basically shows a woman getting dressed — and that's it. There's no indication at all that it's an ad for a phone. But for some reason cell phones and thin, white, scantily clad women are basically the same thing, right? And we need to spend almost an entire minute watching a woman gallivanting around her home in her bra and underwear to understand why we should buy a cellphone? And furthermore, this whole charade will make me want to buy a cellphone? Please tell me I'm not the only one who thinks it's weird.

Here are five ways the advertisement says women are — or should be — exactly like phones:

1. Both should be sleek and slim.

Your phone and women should be slim, so they fit neatly into your pocket!

2. And sexy and mysterious.

Because what use is a woman OR a phone of it doesn't have perfectly round and perky breasts?

3. And, of course, both are good at performing everyday tasks.

Like sending you reminders about your schedule, giving you directions to a nearby town, or ironing your crisp, manly shirts.

4. Both your phone and women should be well dressed.

5. But most importantly, both things should be primarily concerned with men.

Because what's a woman without her man? And what's a phone without caller-ID to show a woman her man?

Check out the full, ridiculous commercial here and prepare to roll your eyes: