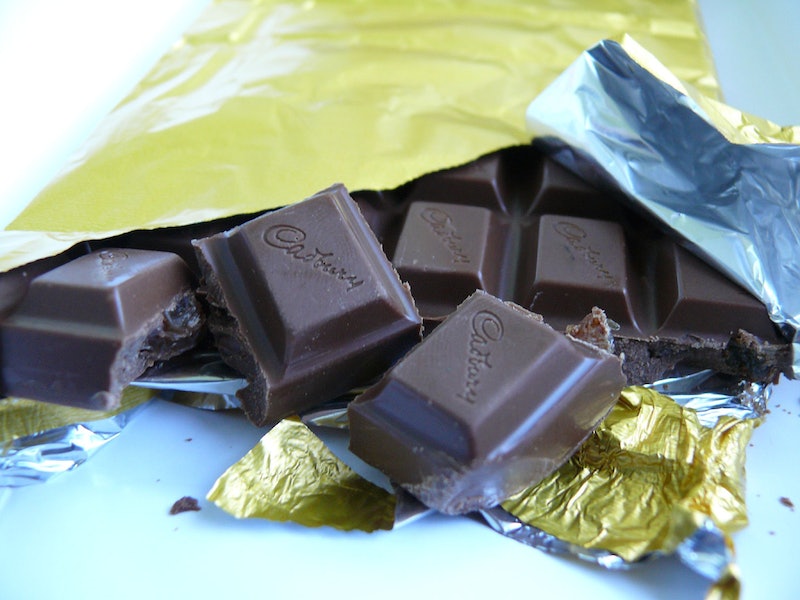 When I first discovered this story, I rejoiced!… And then an hour later when I came back to actually write about it, I cried a bitter, salty, disappointed ocean. For one brief, shining moment, a subscription service called British Chocolate Club looked like exactly the thing those of us mourning the loss of real British Cadbury were looking for. But sadly, the venture was short-lived; British Chocolate Club has already shut down after a too-brief period of operation. Siiiiiiiiigh.

According to DNA Info, British Coffee Club (for the like-a-flash moment in which it existed) was founded by Robert Jeffreys and Rebecca Gerken. Jeffreys and Gerken live in Kings Lynn, UK — and they saw the Hersheys ruling as a golden opportunity to fill the void left in our chocolate-loving hearts. For $15 a month, the couple would send a box full of eight “handpicked” bars of cocoa goodness: Flake bars, Toffee Crisps, Crunchies, and much, much more; meanwhile, $25 would net you 15 candy bars. Subscribers had the option of picking which chocolates they wanted, or leaving themselves in the capable hands of Jeffreys and Gerken by ordering a “surprise box.”

Alas, though, it was not to be. Initially Jeffreys and Gerken thought they'd found a loop hole in the Hersheys ruling, which halted the import of British Cadbury bars and other treats due to the fact that Hersheys has the exclusive rights to make and sell those bars in the U.S. According to Grub Street, it looked at first glance like the ruling only applied to retailers — not to “individual customers or private households.” Hershey maintained, however, that a copyright violation still applied in the case of a British company selling overseas to Americans, regardless as to whether it was to a retailer or to a private citizen.

As of this morning, though, the British Chocolate Club website consisted of only a message informing its patrons that alas, it was not to be. “We started this business quickly in order to try and meet a demand and seize upon an opportunity,” its founders wrote. “We researched the idea and concluded it was feasible and legal. Then furthermore we watched a news report on the BBC that stated that a similar company was doing what we wanted to do completely legally. SO that gave us enough confidence to begin.” They continued, however, “Unfortunately that confidence was misplaced. We can not provide the service we wanted to and so we must close our very short lived business.”

It's not clear whether the service halted because they received a cease and desist, or whether there were other operational issues in how the business would have run; either way, though, I am so, so sad about it. For what it's worth, they've already refunded everyone who signed up for the club; furthermore, they wrote, “If you were one of the very first people to sign up we may have already sent out your chocolate. If that is the case we have still refunded you and please accept the chocolate as a gift.” That's quality customer service right there, too.

So anyway, I invite you all to join me in bidding adieu to British Chocolate Club. You were gone before your time, BCC. You shall be missed.