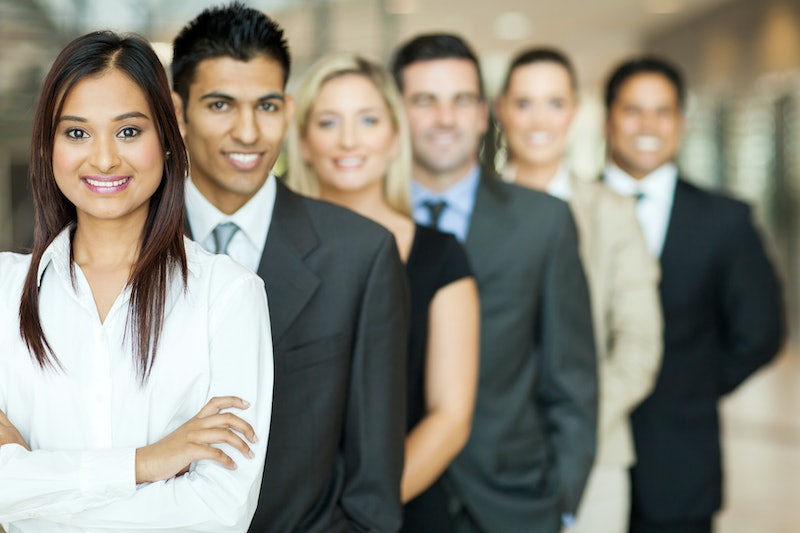 Have you ever had someone guess your profession just by looking at you? According to a new study published in the journal The Leadership Quarterly, it's actually possible to accurately guess someone's profession by their face — but only if the person holds a certain type of job. Specifically, your face can reveal whether you've got a leadership position in business, the military, or professional college sports.

In one of the experiments the research team showed 600 adults black and white photos of actual CEOs, military generals, state governors, and coaches with everything cropped out but their faces. They put two faces next to one another and asked the participants to guess which face was, for instance, the CEO. They were then asked to rate how firmly they believed their guesses were accurate.

The study showed that volunteers were able to pick out business, military, and sports leaders with surprising accuracy and actually distinguish two faces from one another; for example, they could tell a CEO and military general apart with 60% accuracy. Then, they took the faces of these various leaders and rated certain characteristics that made them recognize that leader as that specific type of person. So what criteria did they use to distinguish them? Well, according to the participants of this study:

Which is a preconceived notion that makes sense, because people in the military are considered to be more masculine (because, you know, fighting equals testosterone equals man. Or something).

Which, once again, makes a lot of sense; coaches are often believed to be the manliest of men (second only to military personnel).

3. But businessmen and politicians have faces that are "warmer" and more "competent."

So if you want to be President but look like Coach Carr from Mean Girls, touch luck.

You can check out more from the study here.