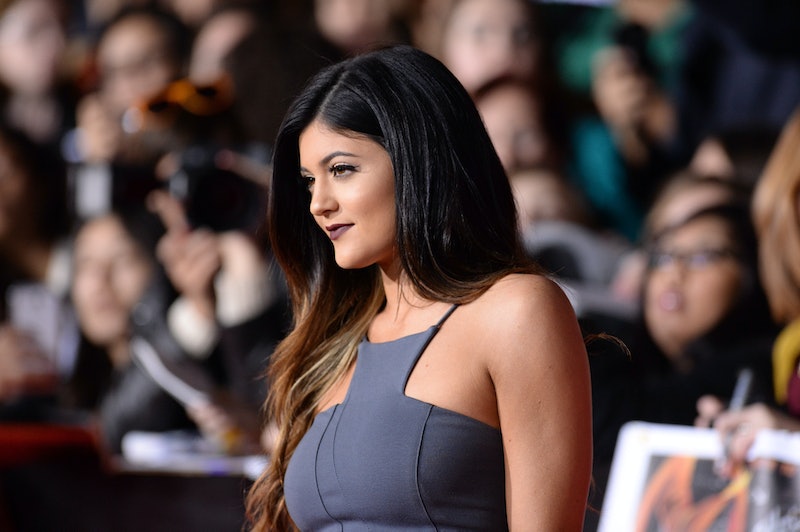 If you haven't noticed yet, the Kardashian clan (klan?) is a pretty confident (konfident?) bunch. Sure, it helps that they have millions of adoring followers and the added benefit of being wildly attractive — but still, in any case, confidence is often something that's hard to master. And, to be fair, they often get just as much hate as they get love on social media platforms. Despite the haters, though, the Kardashians (and Jenners) have mastered the art of the revealing selfie. Whether they're pantless or topless or just completely naked (you guys remember when Kim broke the Internet, right), they're usually making a statement of some kind. In the most confident move of all, Kylie Jenner often wears no pants, and somehow makes it look like a totally acceptable outfit. Say what you will, but it's hard not to feel just a little bit inspired by Jenner's outfits and Instagrams. Because, let's be honest, any scenario that allows you to go pantless is a good one.

From mini dresses and T-shirt dresses to workout selfies to combinations of the all of the above, Kylie Jenner continues to prove that pants are simply not necessary sometimes. Or ever. And also, that all of us were doing our makeup/hair/wardrobe wrong at 17. Here are 11 times that Kylie inspired us all to lose the pants.

1. Because Comfort Is King

OK, so she's still wearing pants here, but the point of photo is more the lack of pants than the presence of them. So. You know, get comfortable guys. It's working for Kylie, so why shouldn't it work for us?

Kylie is probably wearing pants here, but you can't really tell either way. And honestly? It just doesn't matter, because the jacket and shoes? Fabulous.

Are you wearing pants? Aren't you? Are they sweatpants? Underwear? Workout pants? Who knows? That's the point, though. The chicness is clearly in the mystery of it all.

Who needs jeans when you have a GIANT demin shirt? No one.

Please don't try to argue with me that these are actually pants.

She's wearing SOME kind of pants/shorts here... I think? But either way, it's not really important. Also, I feel like Kanye West wore this at some point.

Give or take a couple inches, these boots are basically with pants. But with build in heels instead of pockets. You know. Same difference.

8. Too Lazy For Pants

You'd think this look would come off as... well, maybe a little sloppy. But it works. It's cool.

The longer the T-Shirt, the more confused everyone will be.

11. The Boy Next Door Aesthetic

Well, that aesthetic... plus thigh-high boots. The juxtaposition of the two works really well and if you haven't already been inspired to lose the pants, then this look will probably do it.