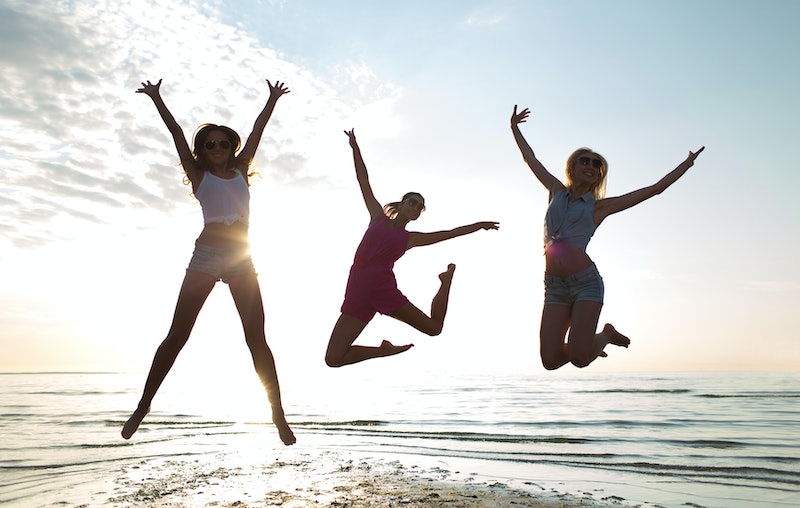 Well, gang, it's March, and Spring Break 2015 is nearly in full-effect. Whether you're migrating somewhere far or staying near to home, everyone’s planning a (questionably) fantastic week of bumping bodies and throwing responsibility to the wayside. And why not? After a long and miserable winter, you deserve it. There’s no doubt that spring break is a great time to ignore the good intentions of your agreeable parents and let your hair down, but let’s do this the smart way, yes? Staying safe on spring break should be your number one priority.

Whether you're on your own or with a group, it’s a good idea to keep your wits about you at all times. That rack of beer you intend to consume all on your own may seem like a feat worthy of victory, but if that comes at the cost of your ability to maintain your own level of awareness, it’s probably not worth it — particularly if you’re in a new location or somewhere out of immediate range of help.

With all this in mind, I've put together a list of ways to help ensure the safety of you and your friends while you continue to celebrate your freedom.

This may seem obvious, but knowing your surroundings is an important part of your safety. This is especially important if you’ll be traveling somewhere with a large concentration of human bodies, be it a music festival, a beach locale, or simply a city to which you haven’t acclimated. Before heading out, check out a map of the area where you’ll be spending your day, and be sure to have a designated meeting spot should anyone in your group get separated.

Also: Use the buddy system. Phones die, people wander, and it’s best to have a Plan B. Splintering off for a solo adventure may seem like a perfectly fine idea after a couple margaritas, but if you’re not in a familiar place, things can get dicey.

Know your mode of transportation beforehand

Figure out your rideshare, your Uber, or your public transportation situation before you go out. It’s easy to find yourself stranded without a car in sight in some neighborhoods, and that’s not a chill position to be in if you’re alone, intoxicated, or just a person in the wrong place at the wrong time.

At the risk of sounding like your nagging mother, if you’re going somewhere warm and sunny, put some damn sunscreen on your body. Sun trauma is no fun, so be smart about how long you’re exposing your skin.

Regardless of whether or not you intend to meet a vacation babe whose admiration for Sleater-Kinney mirrors your own (hey, you never know), it’s always better to err on the side of caution.

Because you know what’s very un-sexy during foreplay? Reaching for a condom, realizing you’re without one, and then having that awkward discussion about sexual history and whether you two want to spend the rest of your respective vacations wondering if you’ve contracted an STI. Pack protection (be it condoms, dental dams, or anything else you prefer), and be sure to refill whatever additional birth control you may use before departure. After that, you’re clear for lift-off.

It’s probably fair to assume we’ve all seen some really unbelievable shit happen when someone’s been drinking to excess. People are moved to do things they’d never dream of attempting sober when tipping back the sauce (blame the booze, or blame the placebo effect — it happens regardless), and we’re certainly aware of the dangers that those situations invite.

Don’t drink alone, don’t get slammed in a shady environment, and definitely don’t agree to anything you don’t feel comfortable with. Try to remember that drinking responsibly means looking after your buds just as much as they’re looking out for you. Again, buddies are invaluable resources on holiday.

Think of this as an extension of a childhood mantra and repeat after me: I will not accept candy [drugs, or, alcohol] from strangers. Now sear it into your brain so that even under the influence, the idea of taking anything from unfamiliar adults won’t be given a second thought. (What constitutes a “stranger,” you ask? A person you did not embark on this journey with is a fairly reliable litmus test.)