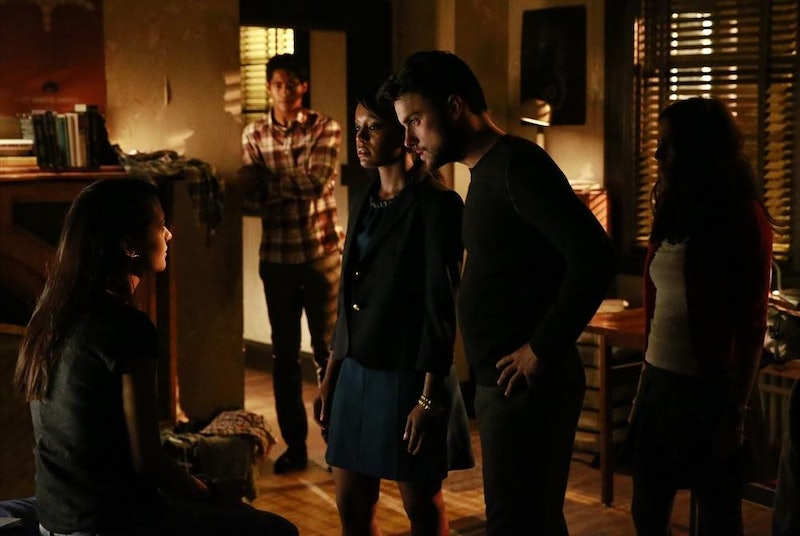 The pieces finally came together on tonight's season finale. This show really teaches us that the moments in between can make all of the difference. Flashbacks to the night when Lila Stangard was murdered revealed the shocking truth — Frank killed Lila on How To Get Away With Murder. Don't be confused by Annalise and Wes creepily chanting that Sam killed Lila just to make it through. Here are the facts as we learned them in the ABC finale:

What's crazy to me is that we still don't know everything that happened. How does Griffin figure into all of this? Is anyone else going to find out that it was Frank all along? Why does Frank owe Sam a favor? It's a good thing that we were promised a second season in the fall, because that finale left more questions than we can process right now.

Catch up on Season 1 with this (drunk) recap below: