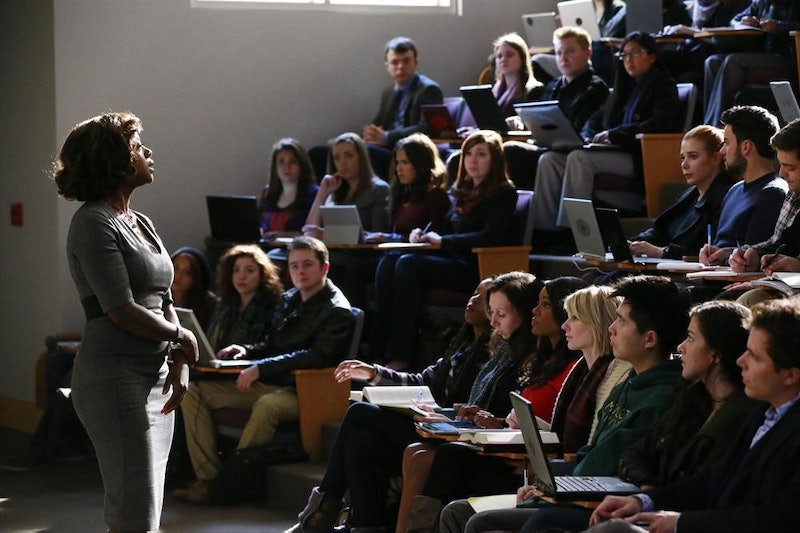 As if anyone in their right minds had any doubt, it appears that ABC has officially renewed How To Get Away With Murder for Season 2. We've gone all season long without an official word, almost as if ABC was daring us to even suppose that they wouldn't renew the biggest new series outside of Empire on Fox. Duh. Of course Viola and Co. are coming back. [UPDATE: ABC has announced that HTGAWM will premiere on Sep. 24.]

During the finale, ABC aired a promo that not only showed more of Annalise in action (oh hey, more of this, please), but it also allowed us to see one very helpful little nugget at the end of the reel: How To Get Away With Murder/This Fall (below). Um, that sounds an awful lot like ABC renewed the series to me, right?

Plus, Viola Davis confirmed on Twitter that she'd be coming back. It's almost like ABC was so sure we all knew what was up with Peter Nowalk's Shondaland baby that they didn't even bother to announce the news. Why tell us something we already know in our hearts to be true, right?

This is a relief though, since the Season 1 finale left us (SPOILERS AHEAD) wondering if Rebecca is really dead and why Sam had Frank on as his handy henchman when Lila became a problem. (Plus there's the whole Eggs 911 question to handle.) Clearly, HTGAWM has a lot more ground to cover and it's a relief to know that ABC is so obsessed with the mystery that they forget to tell us it was going to continue. We'll forgive you, just tell us what Frank's deal is. OK?