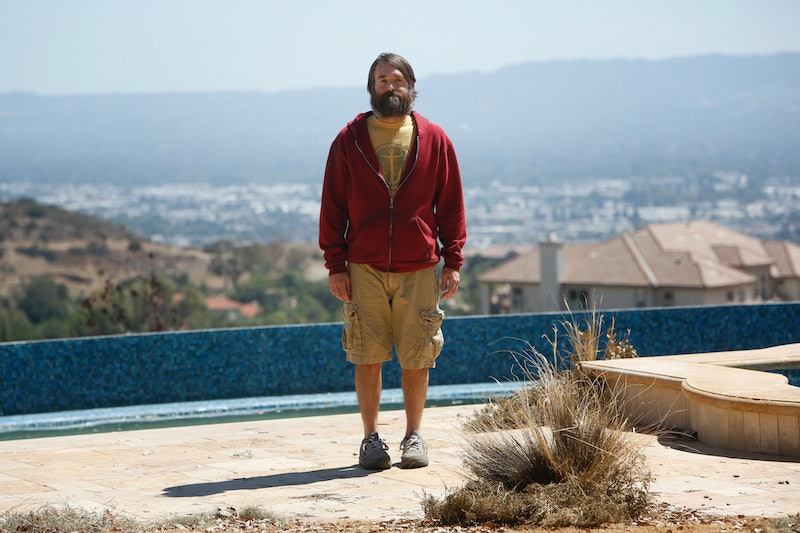 From watching The Walking Dead, we know what happens when a plague takes out most of the population. There's lots of drama: the struggle to survive, the conflicts between survivors. But what happens when a virus kills all of the population — except one person? That's what The Last Man on Earth, the new sitcom premering Mar. 1 on Fox, aims to discover. Will Forte plays Phil Miller — if his name sounds familiar, it's because it's a combo of Chris Miller and Phil Lord, aka The Lego Movie guys, who are producing the show — and he is, as the title states, the last dude on Earth. But a show can't really sustain itself on one character, can it? Is there anyone else in the cast of The Last Man on Earth ?

The show's marketing, and its title, will have you believe there's not. They want you to think that it really is just about Phil doing everything a regular-joe would do given the circumstances: grow a Howard Hughes-style beard, stop wearing pants, break stuff, and alternately feel freed by the lack of responsibility and isolated from the lack of outside human contact. It gets kind of sad.

See? If that clip is to be believed, there's no one else in the cast except for a town full of Castaway-esque sports equipment. I'd like to believe that they'd pull it off like that, too. It'd just be a tour-de-force, one-man Will Forte performance where he does nothing but interact with inanimate objects.

The truth is, of course they can't really keep up a whole sitcom like that. It ruins a little bit of the surprise to tell you (so if you want to stay fresh, stop reading now), but there are definitely other castmembers in The Last Man on Earth.

The first one to pop up is Carol Pilbasian, the Last Woman on Earth — or is she? Carol is played by Kristen Schaal (the voice of Louise on Bob's Burgers), who says the character is "a lot like my mom; she's like your mom, too, probably." The Chicago Sun-Times reports that Miller told critics, “TV shows are built on relationships, and it seemed kind of odd to make a show without any relationships in it...Kristen is a big part of the show."

She's not the only other actress on the show, either. Mad Men's January Jones, Getting On's Mel Rodriguez, and Neighbours' Cleopatra Coleman have also been announced as cast members, though it's unclear how they'll be incorporated into the show. They could be other living humans, or they could just be flashbacks. We'll have to wait and see if The Last Man on Earth is totally a misnomer.