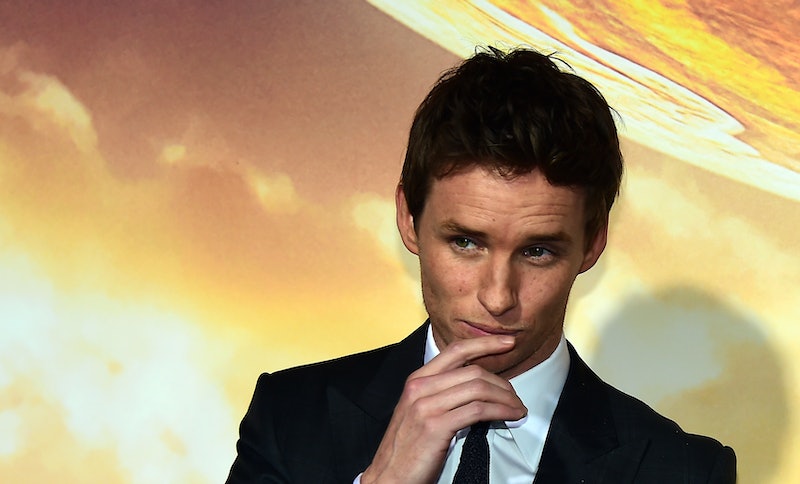 In case you were worried that Eddie Redmayne might be resting on his laurels post-Oscar win, it seems like that's decidedly not the case. Less than a week after he won an Academy Award for his portrayal of Stephen Hawking in The Theory of Everything, we have our first photo of Redmayne in the next role he's going to play, that of transgender Danish artist Lili Elbe, who was born Einar Mogens Wegener. As one of the first transgender individuals to undergo surgery to treat her gender dismorphia in 1930, Elbe was a pioneer in the movement, and will be portrayed by Redmayne in the upcoming film The Danish Girl.

The project will be helmed by Tom Hooper, who also directed Redmayne in Les Miserables, and will focus on the relationship between Elbe and her wife, fellow Danish painter Gerda, who will be played by Alicia Vikander. The project was announced just about a year ago, but, in the wake of Redmayne's victory at the 2015 Academy Awards, we have our first photo of him in the role. (And side note: if you're wondering what you're smelling in here, it's safe to say that it's Oscar bait. Breathe it in!)

I'm not entirely sure yet how I feel about Redmayne in this role, given that he's neither transgender and there is a serious dearth of complex roles for transgender actors, but, regardless of where I land on it, it's clear he at least has the talent to play the role. Guess we'll all just have to watch and see how this pans out!