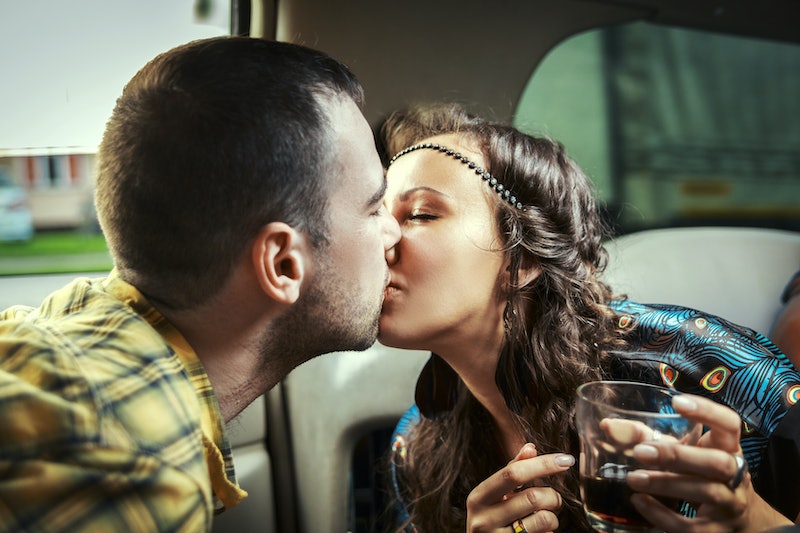 Let’s talk about sex, baby; more specifically, let’s talk about what happens to your brain when you mix alcohol with the sobering effects of lovemaking. The “love hormone” oxytocin can counter the effects of intoxication, according to a new study. But as Metro points out, that doesn’t necessarily mean that a quick rendezvous in the bathroom means you should be taking the wheel. Though there’s a possibility that any post-coital dancing may look less like a rendition of the Elaine Benes.

After observing a few boozed up lab rats, researchers at the University of Sydney were unable to tell the difference between the sober ones, and the poor bastards riding the high of alcohol and oxytocin. The “cuddle hormone,” they found, interferes with alcohol’s ability to access the parts of your brain that induce “intoxicating effects.” “Alcohol impairs your coordination by inhibiting the activity of brain regions that provide fine motor control,” Dr. Michael Bowen, a lead researcher, said in a press release. “Oxytocin prevents this effect to the point where we can't tell from their behaviour that the rats are actually drunk.”But, he clarifies, that doesn’t mean that sex actually sobers you up. It simply means you may appear less intoxicated."While oxytocin might reduce your level of intoxication, it won't actually change your blood alcohol level," he says. "This is because the oxytocin is preventing the alcohol from accessing the sites in the brain that make you intoxicated, it is not causing the alcohol to leave your system any faster."

Also, the team has yet to test their findings on humans. But their press release notes that oxytocin-based treatments could benefit alcohol-use disorders if their findings translate to people. In the meantime, it appears being "drunk in love" is sort of a misnomer.I’m just going to leave this here.