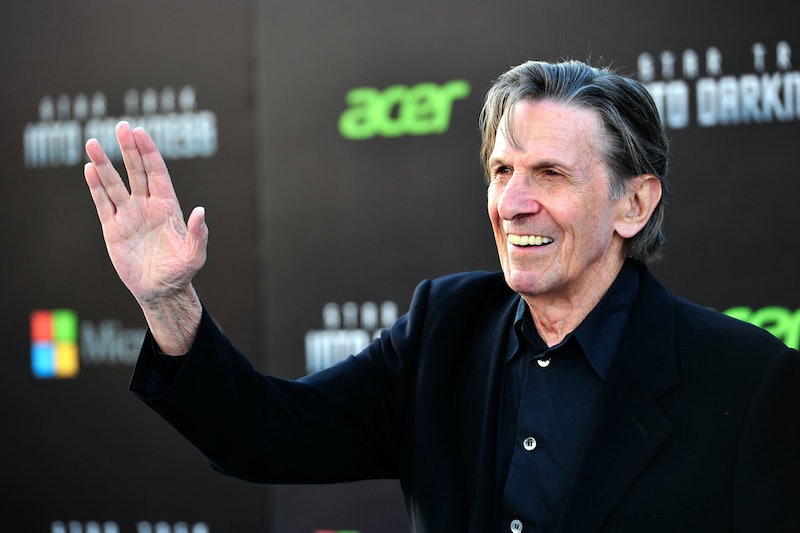 In shocking news on Friday, former Star Trek star best known for his role as Spock on the sci-fi series, Leonard Nimoy, passed away at the age of 83. Nimoy was hospitalized earlier this week for chest pains in connection with lung disease, and, according to initial reports, the actor's death was caused by end-stage chronic obstructive pulmonary disease.

Nimoy's death was confirmed by his wife, Susan Bay Nimoy, who stated that the actor passed away at his home in Los Angeles' Bel Air neighborhood on Friday.

Considering Nimoy's influence within pop culture — particularly the sci-fi community — fans are understandably left stunned and heartbroken by this tragic news. Nimoy was a legend since he first appeared in the original Star Trek series in 1966 as Spock, before subsequently going on to reprise his role in a boatload of film adaptations, spin-offs, sequels, and more related to the franchise. Most recently, Nimoy appeared in the 2013 J.J. Abrams Star Trek adaptation, Star Trek Into Darkness, as Spock Prime as well.

In response to this tragic news, fans have begun taking to Twitter to share heartbreaking messages of shock, sadness, grief, and mourning in remembrance of the actor: