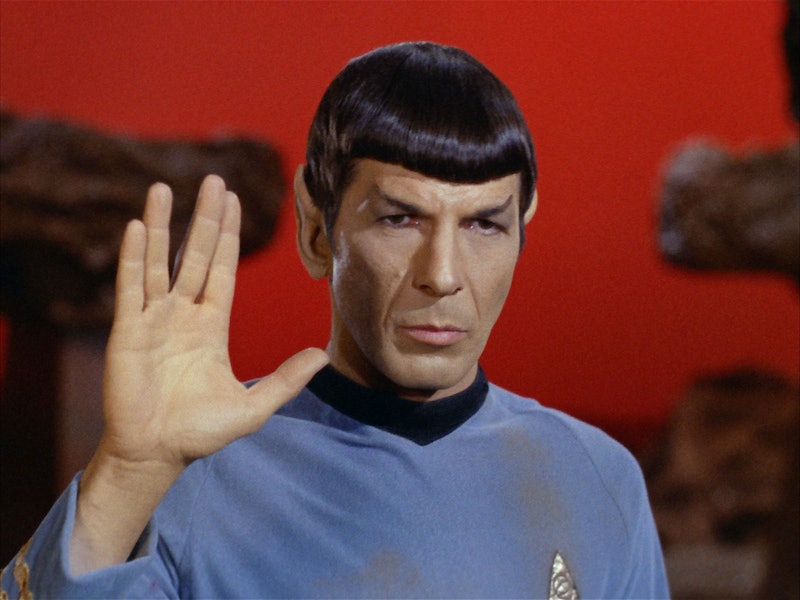 I can't even believe I'm typing this because it's too devastating, but Leonard Nimoy, star of Star Trek , has tragically died at age 83. He gained a loyal following by playing Mr. Spock, the always-logical Vulcan first officer of the Starship Enterprise. It was a role he played to great acclaim in all three seasons of the original series before its cancellation, and in the many film versions, including J.J. Abrams recent remake in 2009, when his character visited his younger self, played by Zachary Quinto.

Mr. Spock was Nimoy's best known and most beloved role, and although he sometimes resented being so inextricably tied with that character, he also expressed a deep kinship with him. In his 1975 book I Am Not Mr. Spock , he wrote:

In Spock, I finally found the best of both worlds: to be widely accepted in public approval and yet be able to continue to play the insulated alien through the Vulcan character.

But for as much as he chafed against being pigeon-holed into that role, he always seemed to get a distinct joy out of fans approaching him to do the distinctive, spread-finger Vulcan salute and utter that timeless greeting — "Live Long And Prosper."

According to reports, Nimoy died Friday morning at his home in the Bel Air neighborhood of Los Angeles, a fact that has been confirmed by his wife, Susan Bay Nimoy. She announced that the cause of his death was end-stage chronic obstructive pulmonary disease, which Mr. Nimoy announced he'd contracted last year. He attributed it to his many years of heavy smoking, a revelation made even more tragic by the fact that he'd quit thirty years before. Nimoy had been hospitalized for severe chest pains earlier this week.

He will be missed by all, and we will continue to update this post as relevant information comes in.