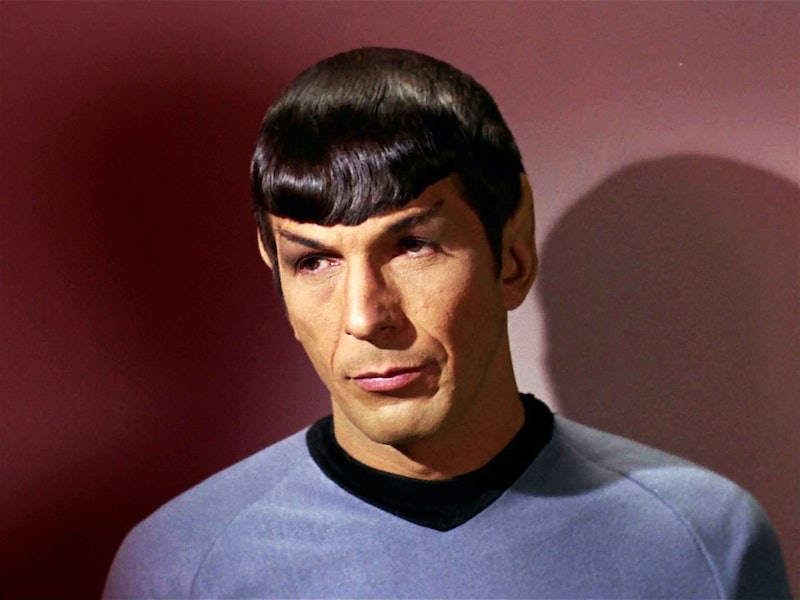 In tragic news Friday, the legendary actor best known for playing Spock on the original Star Trek, Leonard Nimoy, has died at age 83. Though his character was known for being emotionless and calculating, he became arguably the most beloved character on the show. Not only was it often hilarious to see the way in which he interacted with the emotional Kirk and the rest of the crew on the Starship Enterprise, but his distance as a half-Vulcan allowed him to make astute observations about humanity.

In mourning Nimoy's death, I can look forward to the future that Star Trek foretold and hope that there are characters like Spock to keep us grounded: not too greedy, not too emotional, but inevitably highly illogical. Star Trek always had a moral perspective, and it was able to explore issues of ethics, humanity, and law through the seemingly cold character of Spock. I hope that while Star Trek's prime and Nimoy are gone, we can mold our futuristic visions to the Star Trek ideal, rather than to something cold and robotic.

Nimoy loved his character, and he said that Spock held a great deal of influence over the rest of his life. To honor both Nimoy and Spock, here are a few of Spock's best lines about loss, love, and humanity.

"Computers make excellent and efficient servants, but I have no wish to serve under them."

"I realize that command does have its fascination, even under circumstances such as these, but I neither enjoy the idea of command nor am I frightened of it. It simply exists, and I will do whatever logically needs to be done."

“I've noticed that about your people, Doctor. You find it easier to understand the death of one than the death of a million. You speak about the objective hardness of the Vulcan heart, yet how little room there seems to be in yours.”

"You may find that having is not so pleasing a thing as wanting. This is not logical, but it is often true."

"Humans do have an amazing capacity for believing what they choose and excluding that which is painful."

“I see no logic in wanting to worship a deity that demands you to live in a perpetual state of fear."

"In critical moments, men sometimes see exactly what they wish to see."