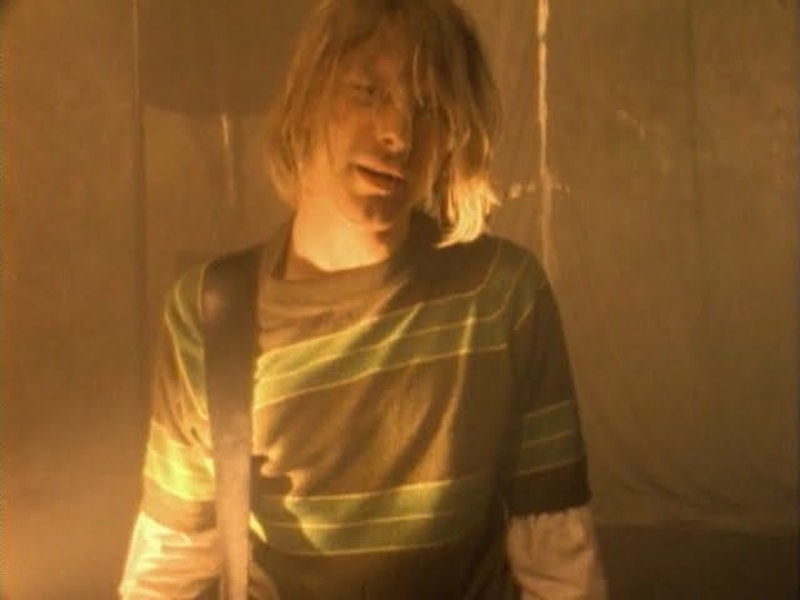 Online dating is a really great opportunity to act completely insane. It also offers an ideal practice opportunity for reciting thorough fabrications about your life until you're about to pretend to be someone you're not in a supremely convincing way. You get to test out strangers and become more skilled at gauging people's ceiling when it comes to tolerating your weirdness. Like, to some extent, the fun of online dating and apps like Tinder is the fact that you can play with the bounds of social decency. Occasionally though, while out searching the proverbial pixel waters for minions to absorb the shock of your own craziness, you run into a real looney yourself. Perfect example: This dude who claims he met Kurt Cobain. Yes, that Kurt Cobain of the infamous grunge outfit, Nirvana. The one who ended his own life five years before this Tinder bro was even born. How did this teen complete such a quest? Duh—through casual ole time travel, as arranged by his mother and her friends. OBVIOUSLY.

Honestly, this would be around 30 percent less disconcerting if this guys had said he met Kurt Cobain's ghost instead. The the crazy scale, belief in ghosts seems marginally more acceptable than time travel. I don't know. Also—where is this whole exchange happening, even? The dude talks about his "mum," so maybe it's England. Also also, the person he's talking to asks how old he is. As far as I know—at least in the U.S.—there's no way to avoid stating an age on your Tinder profile, so why would this even be a question? Anyway, let's scope the exchange.