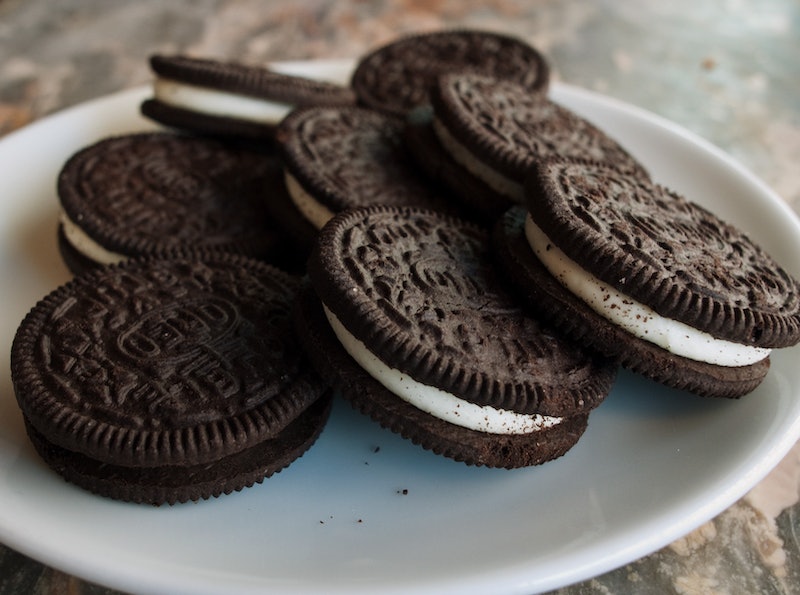 For reasons unknown, people are hell bent on trying to reinvent the wheel by melding together fusions of all of their favorite things. And the overwhelming majority of press have responded positively to the rumor that Cotton Candy Oreos are about to become a thing. First of all, ew. Second, why?

The rumor of the adulterated version of the world’s greatest cookie comes to us from Instagram user cookie0man, who according to Eater leaked the photos of the red velvet Oreo (which, fine). At press time, cookie0man couldn’t be reached for comment, as the account has since been deleted in what one can only imagine was some corporate stifling of the snack world’s Julian Assange. But fear not, Esquire has a published photo (as well as a definitive list of the brand's 28 other flavors).

As the Verge points out, news recently broke of another Oreo cookie atrocity: s’mores (again, why?). As Joanna Rothkopf over at Salon points out, Oreo is absolutely experiencing a “misguided rebellious phase” because no, the world never needed a Limeaid variety of this dessert (which according to E! Online, reportedly has a “Lime Skittles taste”). So what’s next on your checklist of bastardized classics, Nabisco? Mexican pizza Oreos?

This, boys and girls, is why we can’t have nice things.