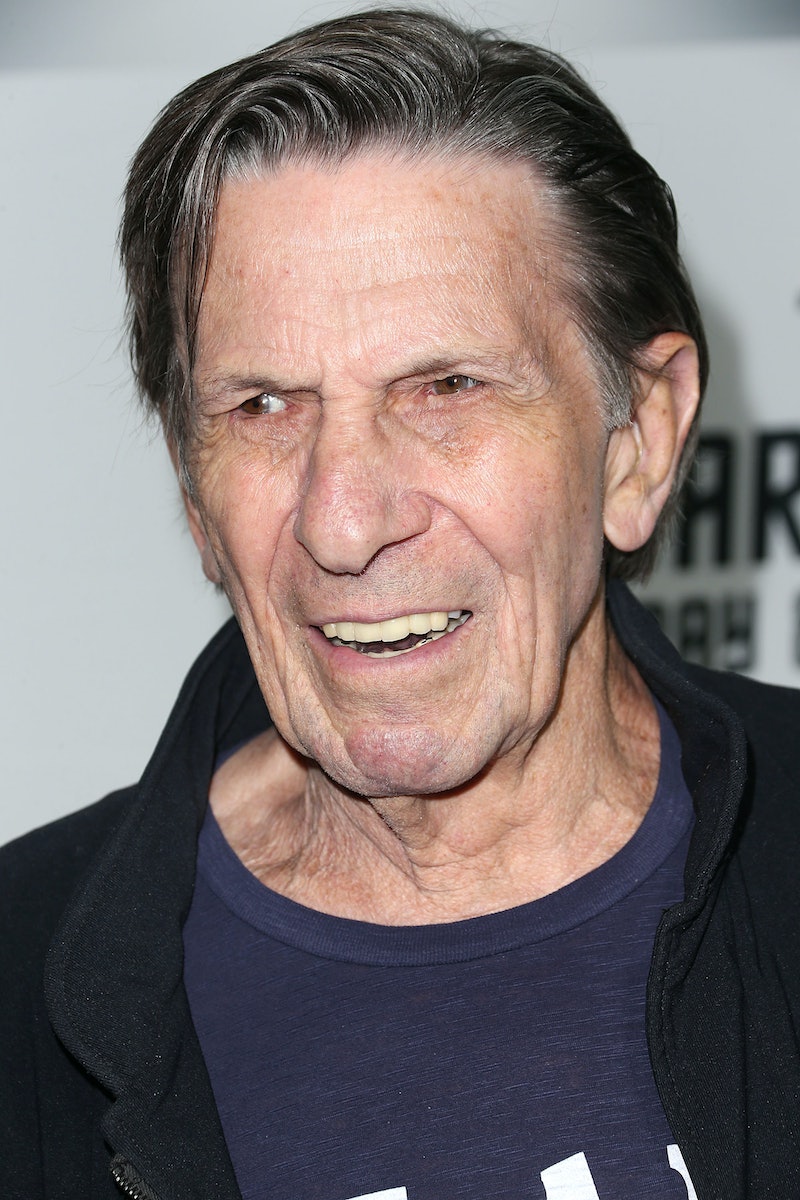 Star Trek fans everywhere are mourning the loss of the legendary Leonard Nimoy who has died at age 83 from chronic obstructive pulmonary disease. Nimoy's death was confirmed by his wife, Susan Bay Nimoy. The actor who played Mr. Spock may be gone, but he will never be forgotten. Fittingly enough, one thing that will certainly live on forever is his timeless salute, "Live Long And Prosper." Nimoy even ended his last tweet with an abbreviation of the signature phrase, so it makes sense that fans started both #LLAP and #LiveLongAndProsper hashtags to honor the actor.

On February 23, 2015, Nimoy tweeted, "A life is like a garden. Perfect moments can be had, but not preserved, except in memory. LLAP." Such a poignant final tweet!

Nimoy's character will "Live Long And Prosper" in the hearts and minds of Trekkies, for sure. The legendary motto is a sentiment that rings true for devoted Star Trek fans who have years of wonderful memories with Mr. Spock, and they have taken to social media to voice the impact that Leonard Nimoy had on their lives and grieve his death.

Check out some of the best tweets from the #LLAP and #LiveLongAndProsper hashtags below.