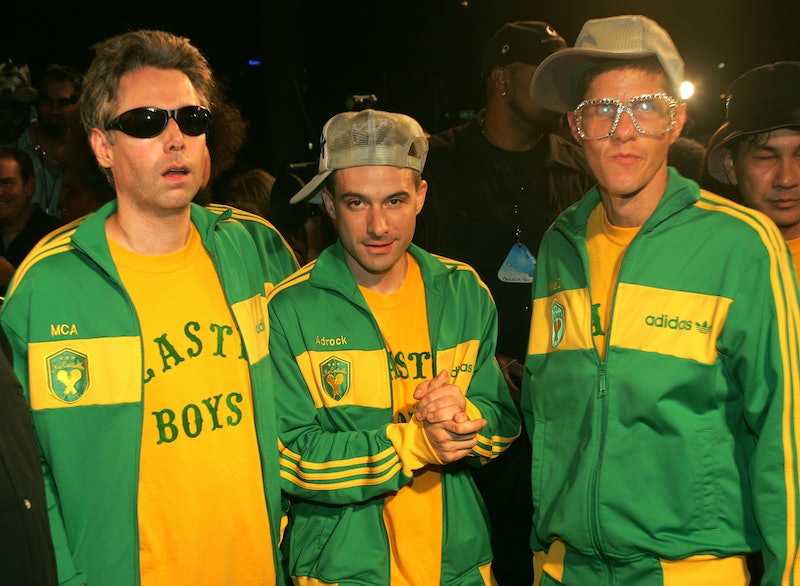 As someone who is old enough to remember them, I was exposed to all sorts of questionable '80s hairstyles. But for some reason, one type of haircut stands out in my memory more than others — the Mullet. Popularly described as "business in the front, party in the back," I had no knowledge, until today, that the Beastie Boys coined the word "mullet" in 1994. The Beastie Boys. The seminal hip hop group (rest in peace, MCA) that shaped so much of what I love and respect about music also came up with a word that is widely used to this day, and are even credited for it in the Oxford English Dictionary. Mind blown.

Unless you lived under a rock or avoided human contact for the past century, the mullet style consists of hair that is typically cut short in the front and sides of the head, and kept long in the back. Of course, the Beasties didn't invent the actual hairstyle. It has been around since ancient times (you know, the '70s) when artists like Rod Stewart and David Bowie incorporated this bipolar haircut into their glam rock style. Since then, a slew of notable celebrities have famously sported the mullet, from Andre Agassi, to Billy Ray Cyrus, to MacGyver himself. George Clooney wore a mullet. Famous women also rocked the mullet, including Martina Navratilova and Facts of Life star Nancy McKeon. So, imagine my surprise after reading that it wasn't until the Beastie Boys released their song "Mullet Head" in 1994 that the hairstyle actually gained its name. The word "mullet" also wasn't printed until a year later when it first appeared in an article in the group's Grand Royal magazine.

Upon discovering that the almighty Beastie Boys, the kings of New York, coined the Mullet, I was overcome with various emotional stages — all of which I have listed below: