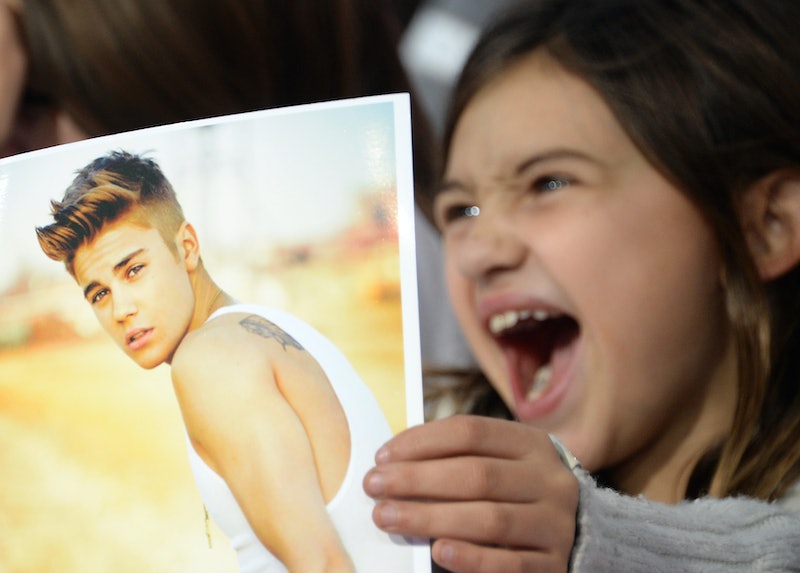 To most of you, March 1, 2015, is just another day. To Beliebers everywhere, March 1, 2015, is a day of incredible magnitude — Justin Bieber's 21st birthday. Twitter has been buzzing with Bieber activity (even though his birthday isn't even until Sunday), with hashtags like #21ReasonsWhyWeLoveJustin and the supremely creepy #FetusJustinSpamBefore21 trending across the United States.

If you are willing to embark upon the Belieber-crazed path that is #FetusJustinSpamBefore21, you will find hoards of pictures of Justin Bieber at varying life stages — from barely-crawling baby pics to photos of full-scale prepubescent awkwardness.

You will also found Bieber fans freaking out at the prospect of his 21st birthday with a grief that is reminiscent of a mother sending her child off to college. I'm not sure what alarms me more, the sheer number of photos and videos of Bieber's childhood that the public has gotten their hands on or the fact that this many people are in a state of distress at Bieber turning 21. It's as if Justin Bieber is the incarnation of Peter Pan and his departure into legal adulthood renders him lost to his Beliebers. I guess in a certain way, the Bieber-as-Peter-Pan theory makes sense, since Bieber usually continues to act like a child despite his age.

If you haven't already checked out the public Twitter meltdown by Bieber fans everywhere, I would highly recommend it. If, unlike me, you have better things to do with your day, here is a glimpse into the wonderful celebration that is #FetusJustinSpamBefore21.

A Shout Out to the OG Bieber Fans

Our Bundle of Joy