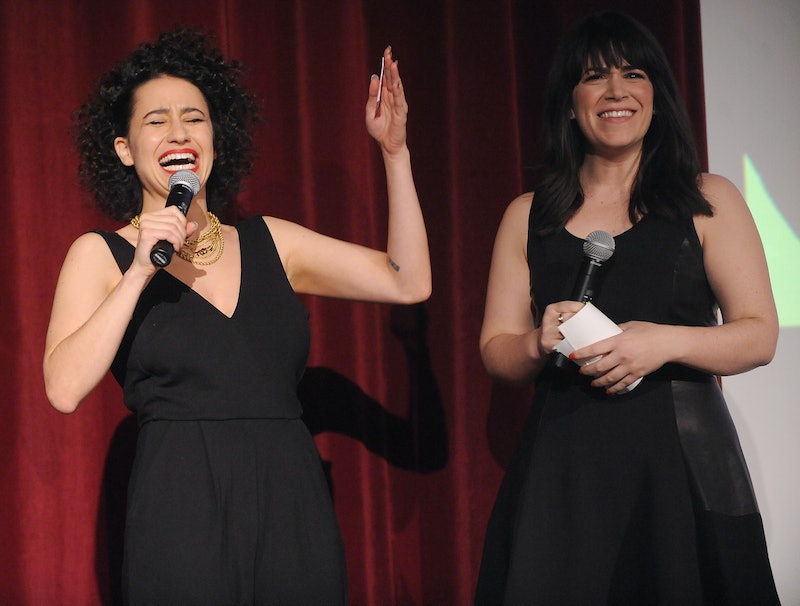 Friday's "Truth or Truth" was an epic battle of the wits, with the hilarious Jacobson and Glazer coercing Fallon into revealing some dirty little secrets, including his hilarious childhood nickname. The secrets were not one-sided, however, as Glazer and Jacobson shared some mischievous morsels of their own. For example, Jacobson's favorite song choice for lovemaking and the worst thing Glazer has ever done.

"Truth or Truth" is usually hilarious but this episode in particular is great, if for no other reason than because it features Abbi Jacobson and Ilana Glazer, who could make you laugh in their sleep.

If you haven't seen the video yet, check it out below and join me in relishing in the most salacious secrets we learned in The Tonight Show's "Truth or Truth": Broad City edition, a video that will undoubtedly be a "Truth or Truth" showdown to go down in the history books.

Upon being asked if he has ever stolen anything, Fallon responds, "No... Just a couple of TVs."

Abbi Jacobson shares with the audience her favorite song to make love to: "O Holy Night," specifically, the rendition by Susan Boyle. An obvious choice, really. It's the "Let's Get It On" of the Christmas music genre.

Jimmy Fallon reveals that his biggest fear is being stuck in an elevator with the dancing Six Flags guy. A totally rational fear, if you ask me. Just look at that guy. Clearly up to no good.

Fallon reveals that his nickname as a kid was "Lil' Penis," much to the delight of the audience and our Broad City ladies.

Glazer admits to the worst thing she has ever done: "I threw some loose deli meat at a cop car." Oh, buuuurn, Glazer. Your cold cuts showed them!

The Best Date Ever

Fallon asks both the ladies, "What do you consider to be a perfect date?" They consult, in hushed voices. Then, they announce gleefully in unision, "October 8th!"