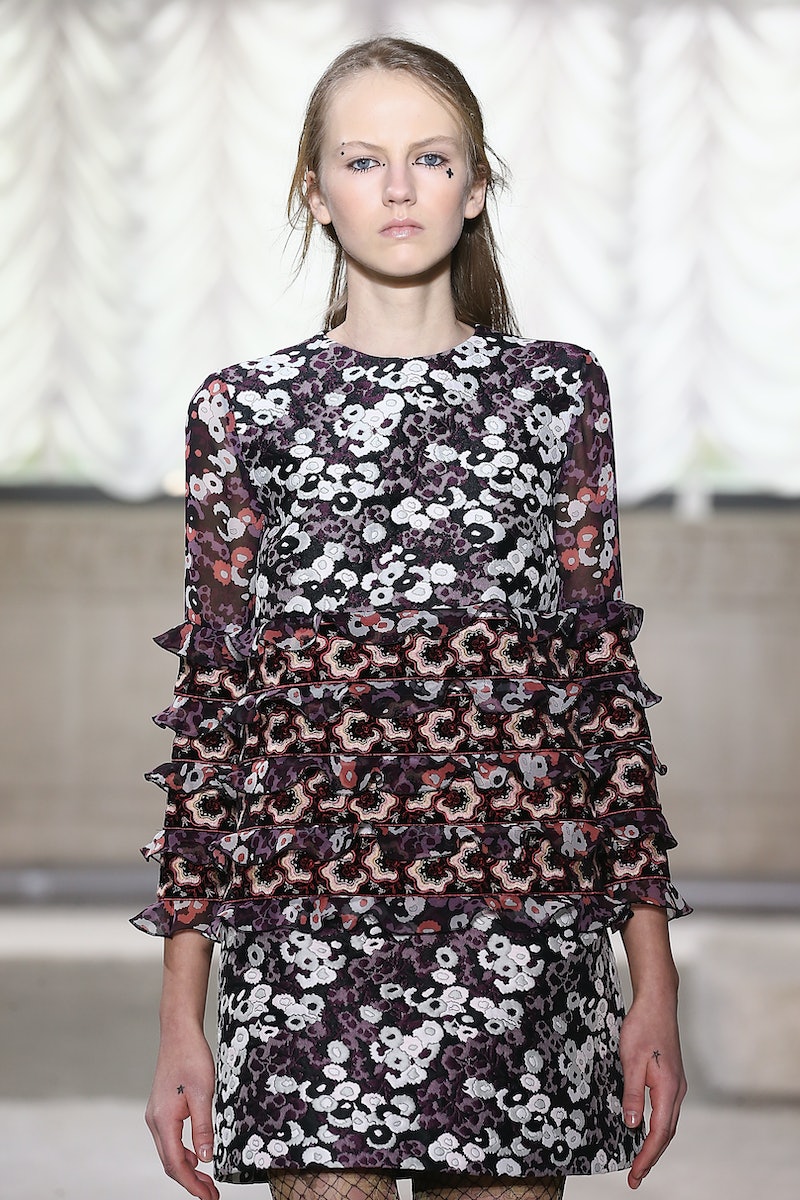 If you are still fawning over Rodarte's eye bling from New York Fashion Week, get ready to have a new obsession. Giamba adorned their models' faces in whimsical temporary tattoos at Milan Fashion Week, and it's just about the coolest beauty trend from all of fashion month combined. While tons of designers sought to create unique modifications of the plain ol' eyeliner (like DKNY's graphic-border liner), Giamba was one of the few to nail a completely different and unexpected runway style.

According to makeup artist Val Garland, the edgy look was inspired by supermodel Cara Delevingne's wild and carefree attitude, which emanated a young and rebellious look for the models — what an ingenious concept. The subtle fake ink was created using tiny paintbrushes and acrylic paint in a range of different designs including stars, hearts, crosses, and moons that were totally punk-chic (yes that's a thing). Is it acceptable to wear fake tattoos on your face in public? Because I NEED these star tats in my life. The super cool drawings were also applied to models' hands and nails — new nail art idea? I'm officially obsessed.

Here are some of the best hand painted designs from the show.