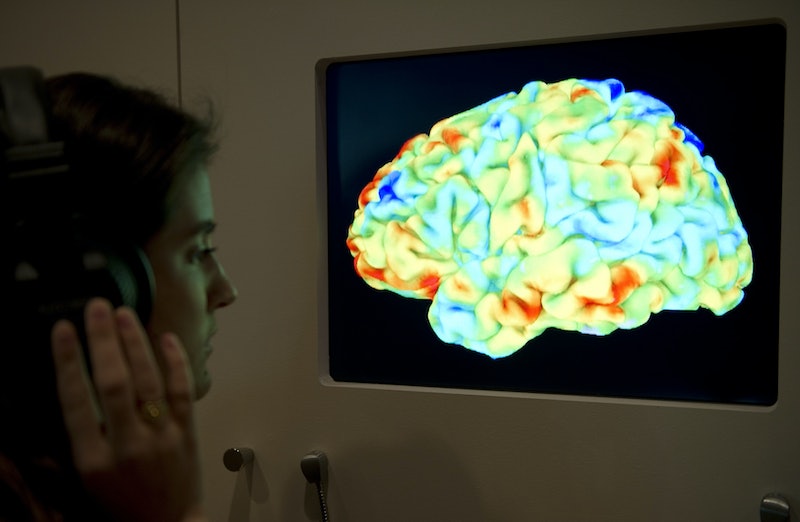 I was seriously bullied as a child. I've made excuses for it over the years — from "we were only tiny!" to "well, it was an all-girls school" and "I suppose I was very socially awkward" — but no kid deserves to be, say, the subject of a grade-wide boycott on any physical or verbal contact because classmates were afraid of catching my "germs." (If you're reading this, old classmates: shame on you .) As I've grown older, however, I've become interested in just how devastating bullying during childhood can be in the future, and have kept tabs on scientific studies that probe into it. The overall picture? Not great, unfortunately — but with a few glimmers of hope.

Cyberbullying is currently the antisocial problem du jour, but bullying has many other manifestations and is disturbingly widespread. The government's Stop Bullying initiative claims that 20-28 percent of students in U.S. schools between grades 6 and 12 have experienced bullying, and that around 30 percent admit to being bullies in school. Studies have shown that it appears to be a pretty common human trait across societies, too (and amongst many primates).

But even though it's disturbingly normal, victims are taught to minimize their complaints pretty early on: "boys will be boys" or "girls will be girls," we're told, seeking help from adults is weak or the act of a tattle-tale, and we should just "get over it."

Victims of bullying experience this everywhere: Miami Dolphins player Jonathan Martin copped it from teammates when he left the team in 2013 after harassment, and a Nebraska school sent kids home with a flyer in 2014 telling kids to deal with bullies by "laughing at yourself" and "not telling on the bully." However, the evidence is pretty clear: it's not just a harmless rite of passage, and it can have a fairly serious affect on your later life.

1. Bullying is linked to the development of anxiety and depression.

Research in 2013 clarified what a lot of bullying victims already knew anecdotally: being bullied as a child or adolescent leaves you at higher risk of developing psychological disorders as an adult, from depression to anxiety and agoraphobia. Bullies, on the other hand, were only at risk of developing antisocial personality disorder. Good for them.

The Center For The Developing Child at Harvard University defines bullying as one of the possible sources of "toxic stress" for a kid, among other serious events like a parent's mental illness, violence, or poverty. Harvard calls it "strong, frequent, and/or prolonged adversity" — and, while normal stress is healthy, above-normal levels of stress on a child, without proper support by adults, can have huge problems later in life. Harvard has linked toxic stress to things like developmental delays, heart disease and diabetes in adulthood, though these are only possibilities, not guaranteed.

It turns out, according to a study by the University of Southern California and the Children's Hospital of Los Angeles in 2014, that bullying has clear physical affects on brain structure in adolescents — and that it even differs between sexes. The amygdala, the part of the brain's temporal lobe that deals with fear, anxiety and emotional response, was shown to be larger in bullied adolescents, particularly in boys.

More horrifyingly, the adolescent victims, particularly girls, were shown to have thinner temporal and prefrontal cortexes, the parts of the brain that regulate our social behavior, language, and emotional association. Why isn't fully understood yet, but thinner prefrontal cortexes have been linked to more impulsive, dangerous behavior, and big amygdalas have been linked to anxiety later in life.

4. Bullied people are more likely to smoke and have fewer friends as adults, but can still be great partners.

A huge study by King's College London of people who'd experienced bullying as children looked at their lives over five decades, and the results were surprising and a bit upsetting.

People who'd been severely bullied were more likely to report low levels of life satisfaction, to smoke, to drop out of college, to be socially isolated, and to have lower levels of cognitive activity at age 50. Happily, however, it didn't seem to have any effect on their ability to find love and have good relationships with their own kids.

5. Bullying can alter your cortisol levels and therefore your DNA, but it could be reversed.

One possible offshoot of the "toxic stress" of bullying, it's been suggested, is the release of a protein called CRP (C-reactive protein) into the bloodstream, which is normally associated with a body's attempts to fight off a serious infection or heal an injury. The body, it seems, takes bullying very seriously. But it's the impact of bullying on our hormonal reactions to stress that might be most damaging.

People release a hormone called cortisol when stressed, helping them cope short-term: cortisol increases our memory functions and responses if we're faced with a bad problem, like a car crash. Studies at the University of Montreal have shown, though, that bullying gradually blunts your cortisol response, and you produce less and less in stressful situations. That lowering is bad on its own, but scientists also say that it changes the structure of the genes that regulate serotonin, the so-called "happy" neurotransmitter in the brain. Cue depression problems in the future.

But, the scientists in charge of the study added, it didn't have to be permanent. They talked about the "possibility of reversal" pretty hopefully, and were staring new research on it. So perhaps all us adult victims of bullying aren't all doomed after all.