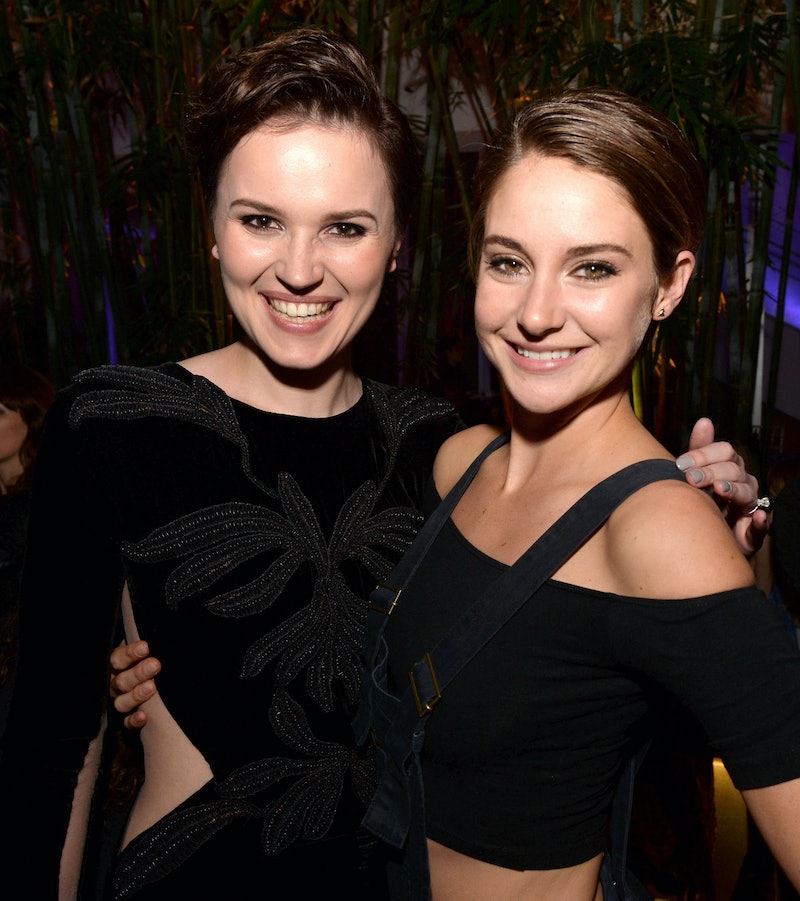 Even if you haven't heard the name Veronica Roth, you have surely heard of Divergent , the young adult author's insanely successful book trilogy and its movie adaptations currently taking the box office by storm. We know and love her for her tough-girl dystopian stories, but Roth just sold two new YA books to HarperCollins, and they're both set in brand new worlds outside of Tris, Four, and the Divergent universe.

The vice president and publisher of the HarperCollins Children's Books imprint Katherine Tegen Books, Katherine Tegan, was clearly excited about the two-book deal when talking to The Bookseller.

Veronica is one of the most talented authors I have ever worked with. Her brilliant prose captures the voice of a generation while appealing to readers of all ages. I am thrilled to be working with Veronica on this new series.

I'm going to go ahead and side with Tegan on this one. I'm stoked for more Roth books and even more excited that she's opening brand new worlds to us, after proving she can create a seriously compelling universe with her Divergent book series.

According to The Bookseller, neither book has a title yet, but the first story will center on "a boy who forms an unlikely alliance with an enemy, and how they help each other attain what they most desire." (Oooh!) The second book seems to be a sequel to this story.

In a report by Forbes done during Fall 2014, Roth was newly named to the list of the World's Top-Earning Authors. Other newcomers included huge names like The Fault in Our Stars' John Green and Gone Girl's Gillian Flynn, who joined James Patterson, Danielle Steel, Diary of a Wimpy Kid's Jeff Kinney. Veronica Roth reportedly has $17 million in earnings; Danielle Steel, for comparison has $22 million. So yeah, it seem that Roth and HarperCollins should be just as psyched as we all are.