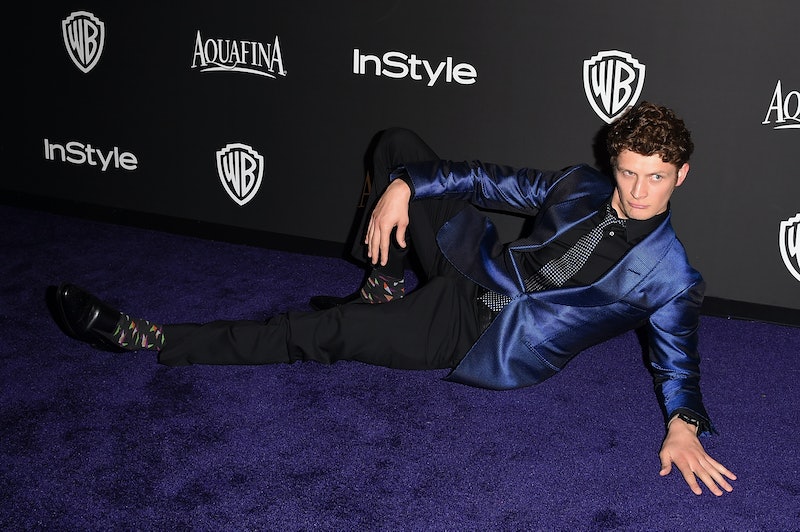 OK, get ready for this one: Brett Dier (AKA the dreamy Detective Cordero on Jane the Virgin ) has officially turned scarf (and hat!) model. Yep, his girlfriend Haley Lu Richardson (who you might recognize as Brett's co-star from Pretty Little Liars' spin-off, Ravenswood/The Big Bang Theory's Melissa Rauch's much-buzzed Sundance debut, The Bronze ) has an Etsy shop called HookedByHaleyLu, which features all of her crocheted creations — and Brett (along with Haley herself) is one of the shop's main models.

Fans of Jane the Virgin are sure to be delighted, because as it would turn out, the dude's got some serious modeling skills: He seriously werks those chunky crocheted beanies and manly infinity scarves. I mean, it only makes sense that he would — I'd say he can safely go in the Etsy hall of fame along with Christina Hendricks (remember that time Christina turned model for her former bridesmaid's Etsy account?).

Man, wouldn't it be great if we lived in a world where all celebrities felt compelled to model for their friends and loved ones' Etsy shops? Because between Christina and Brett, it seems like it would make Etsy an even more lovely shopping destination — let's take a look, and see how Brett's ear-flap modeling chops stack up:

I know it might be tough since Miami's not exactly a knitwear kind of city, but can we please find some way for Michael to wear braided tassel ear flaps on Jane the Virgin?