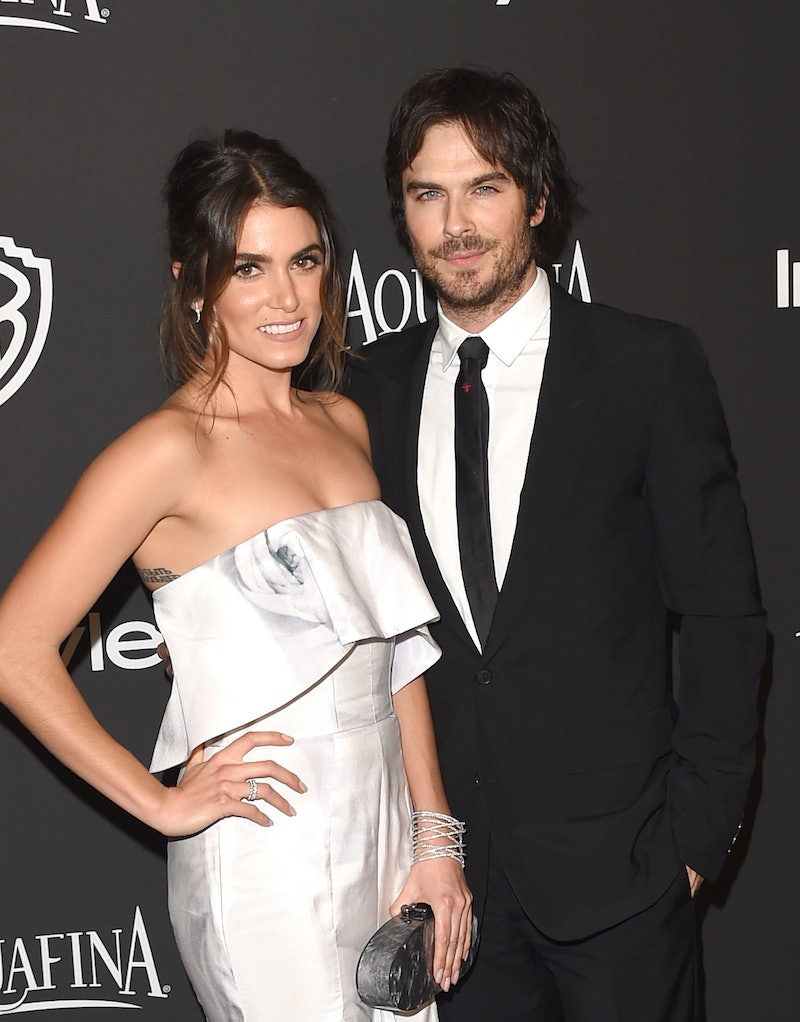 When it comes to these love birds, we're all still convinced Ian Somerhalder and Nikki Reed are engaged. However, the couple has yet to officially confirm the news themselves. Yes, Reed's been spotted wearing that gorgeous ring while the two have been out and about being all romantic, even if it's just at the farmers market. Plus, multiple sources have "confirmed" their engagement, but the two have yet to release a statement or even say the word "engaged." They have been very coy about their alleged big news. Need more proof? In an interview with E! News while at the Noble Awards, Reed and Somerhalder said they don't call each other "fiancé(e)."

When asked if it was weird to refer to one another as "fiancé(e)," Reed said, "We have all kinds of words." Then, Somerhalder added, "We have lots of words." Finally, Reed gave an interesting answer by saying, "We stick with human. He's my human." As for Somerhalder, he said "human" is "the best word."

Now, maybe I'm reading too much into this, but it almost seems like they're still trying to remain mum about their engagement. It feels like they're avoiding officially confirming anything, which I totally get.

Do I believe they're engaged? Yes, but I think they're just trying to keep their personal lives as private as possible, especially since they'll probably be under the microscope for the rest of their lives. Can you blame them? Also, saying someone is your "human" is kind of cute and unique. Maybe they just want to be different and make a statement.