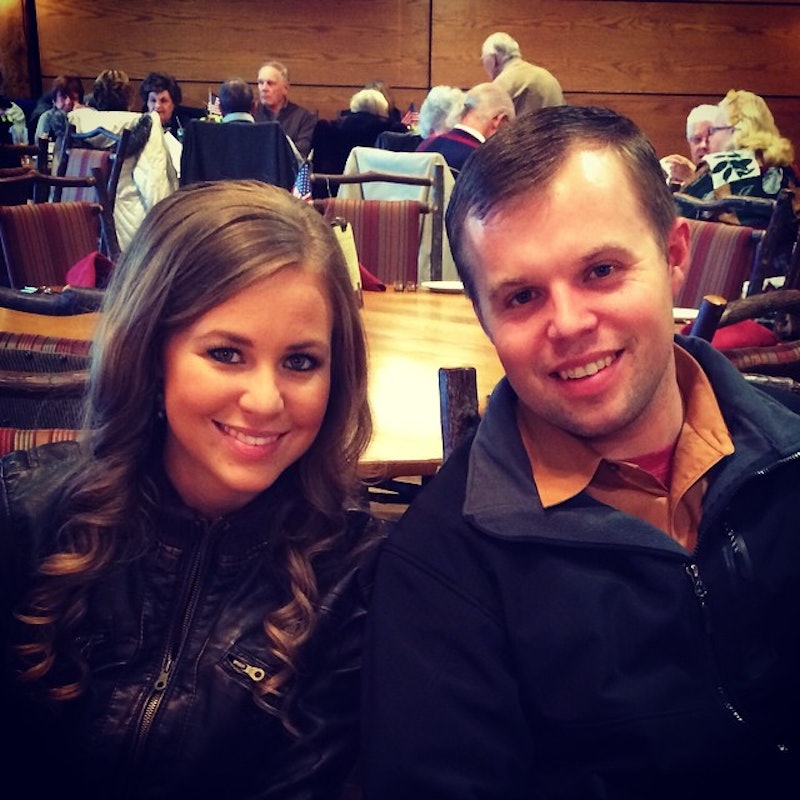 The past few seasons of 19 Kids and Counting have been totally focused on the female Duggars — not that I'm complaining. I love every minute of watching Jessa and Jill prepare for their weddings (and Jill's impending motherhood), but it's definitely true that the Duggar sons have taken a backseat to proposals and dress shopping. Fortunately, it seems like that's all about to change. On this week's episode of 19 Kids and Counting , John David is taking Jim Bob on a ride-along in what looks like a cop car. Wait, is John David Duggar a cop? Turns out, the answer is kind of complicated.

Since 2013, John David has been a constable in Washington County, Ark., which means he's an elected official with a lot of the same powers as a police officer — but he does it all for free. This isn't too surprising, since he and many other members of his family have been volunteer firefighters and EMTs in their community, especially when you consider the huge emphasis that Michelle and Jim Bob place on having a servant's heart. And the fact that John David doesn't get paid for this isn't too big of a deal, since he's got a lot of other moneymaking jobs keeping him afloat.

Because as it turns out, John David is a jack of all trades. Aside from the constable gig, he's also a landlord and a pilot... and I wouldn't be surprised if he had more going on behind the scenes.

And for what it's worth, John David's parents are pretty proud of him, as Michelle described in her TLC blog.

Our son John David has got a job and a home. He's leasing that home out as rental income and putting the money aside. He's also getting his pilot license right now and he's been a fireman and a police officer, and now he's a constable. So he's definitely at that place in life where he's ready to be a husband and a provider and he would be open to courting a young lady if he felt she would be the one for him.

Now, we get to see him on the job — and see how Jim Bob handles a day in the life of a constable. Why do I think this isn't going to end well?