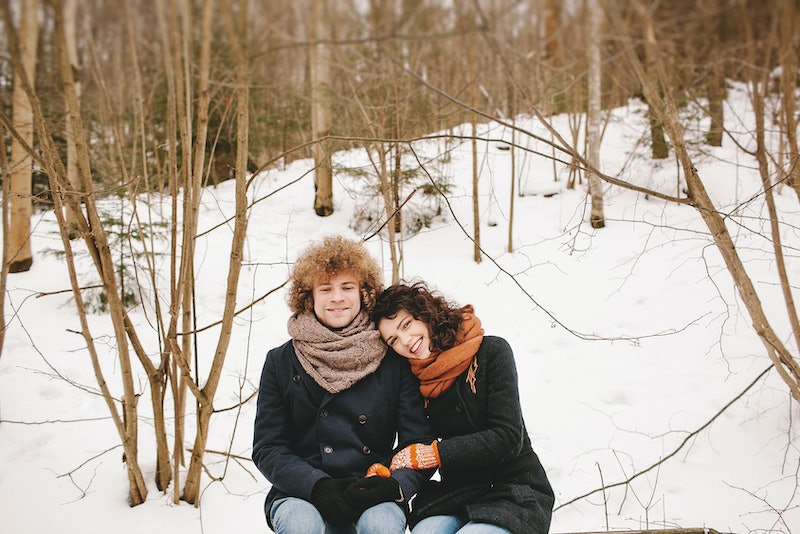 Traditionally, when a breakup ravages through our lives like a Category 5 emotional hurricane, we can't wait to sever connections in a forever way with the person who is at least partially responsible for it. I know I'm not alone in my breakup routine of cutting all social media ties immediately—for a small stretch of time, at least. For me, and for a lot of people, taking this space in the immediate wake of a breakup is the healthiest call. Healing takes time and often, a lot of wine and trashy reality television. Sometimes, after weeks or months or years pass, we can rekindle a friendly relationship with someone we used to be romantic with—but only if we realize that friendship with an ex means friendship with completely different rules and connotations. You can, in some circumstances, have a truly wonderful friendship with an ex.

However, this isn't possible in all situations, of course. The ex who slept with other people while you were on the opposite coast helping plant trees with inner-city schools? No need to talk to that douche again. The ex who showed up wasted for your AA-affiliated sister's wedding? Nope. The ex who never supported you, emotionally, professionally, or any other fathomable way? Bye. But! What about the ex with whom you just never shared physical chemistry but who was smart and loyal and funny? Or the ex who eventually wanted children when you have zero maternal or paternal instincts and have no desire to develop those? Well, that could simply mean you guys are best suited for a platonic, friends-only bond. And there's nothing wrong with that!

So how can you tell, exactly, when such a relationship is possible and not simultaneously toxic? There are signs and with a little patience and honesty, you can evaluate that sort of potential with your ex. Let's analyze!

"Time heals all wounds" is a cliché because it's true. Well, maybe its healing powers are limited, but it certainly helps. Only after enough time passes do new boundaries fill the pores on their own and solidify. If you try to transition from exes to buddies too quick, it's confusing to your brain and body what to do or say when you see them. You gotta keep calm and let time do its thing.

You have absolutely no ulterior motives

Ulterior motives include sympathy, revenge, convenience, and wanting to get back together. Although you may feel badly for making someone else feel badly, guilt is always a rotten reason to pursue a friendship. And also, that kinda makes you a narcissist, which I'm guessing is a thing you would rather not be. Revenge is obviously a bad motivator. Just because you're part of the same friend group and alienating them out of it would be inconvenient, that's not a good reason to attempt friendship after a breakup. And if you're in it so you can make them fall back in love with you, that is straight-up delusional. (Getting back together after a split isn't always a lost cause, but going about it by means a false friendship is deceptive and very likely to be unsuccessful.)

You can possibly be friends with an ex once you've completely rid yourself of any semblance of "needing" them. Even the most inherently independent people, when in the entangled throes of a relationship, will find themselves leaning a bit on their partner. That's what relationships are about. But if you want to be actual friends with someone, you need to be sufficiently rid of all inclinations to do that old, comfortable lean. This means you've learned how to fix the printer yourself (or at least you found someone besides your ex to help fix the issue); You no longer rely on them to solve recurring problems because, even as just a friend, they shouldn't have to bear that unsavory, frequent burden. You're not allowed to call them when you're lost 2AM and need directions or a ride. Ask a gas station employee or just pick up your phone and Google Map it.

You sincerely don't want to see them naked again

Look, I'm all for mentally banking old sexual experiences as fodder for future fantasies; It's basically the best parting gift from even the worst relationships, and as someone's ex, is your god-given right. But your FRIENDS are decidedly NOT supposed to be thinking about you in sexual ways. Even if it's only in your mind, thinking about having sex with someone IS still having a sexual relationship with them, and as such, seriously hinders any chance you have at a platonic on. Has your mind ever drifted to them and the sex times y'all shared? What about when you're masturbating? Although you two (probably) have had plenty of sex, you can't house even the slightest inclination to repeat it—mentally or actually.

You've slept or hooked up with other people

A lot of folks might not argue me on this, but I think it's totally essential. It's like showering off your past with this specific ex and deliberately marks forward progression. I'm not saying that you have to, like, have a full-on relationship with this palate-cleanser person. Here's a good opportunity to test out the one night stand (it really can be done safely to satisfy a very specific kind of sex itch).

You've moved on and can now handle the weird noise they make when eating pho. You resist the urge to let little snags trigger the same fights you had as a couple. Even though all our friends are humans and therefore have flaws by default, we don't pick at them constantly or find ourselves endlessly frustrated by them. When an ex makes the transition to friend, you're no longer allowed to make annoyed horse noises should you two ever go out for Vietnamese. Sorry.

Here's a no-brainer but it's super important to be able to ask yourself this very honestly: The whole idea that someone is "yours" is pretty juvenile and frankly, unhealthy as hell. So work on abolishing that before you even think about embarking on a friendship with an ex.

You both respect new boundaries

This is kinda related to the whole "regaining your autonomy" thing. You don't cave to cuddling impulses when hanging at the movie theater with this person. And talking about other romantic or sexual exploits together? That can't happen for a suuuper long time after breaking up (and honestly, might never be a comfortable conversation territory for you guys). You've got to be okay with that possibility. Maybe most importantly, you absolutely never EVER feel tempted to drunk text them.

You really do want them to be happy

Consider your best, longest platonic friendship. Consider how you felt when you heard about them being done wrong, when others hurt them. You were pissed, right? Consider, too, when they met a personal goal with gusto. You were stoked, yes? Ultimately, friends are amazing humans we find and over time, blend into our lives. We love them unconditionally and braid a special kind of empathy between our lives. Your ex, if they are going to be your friend and eventually lose the ex modifier, will need the same attention, regard, and respect. Can you dig it? Maybe, despite what conventional relationship boundaries tell us, you actually can.