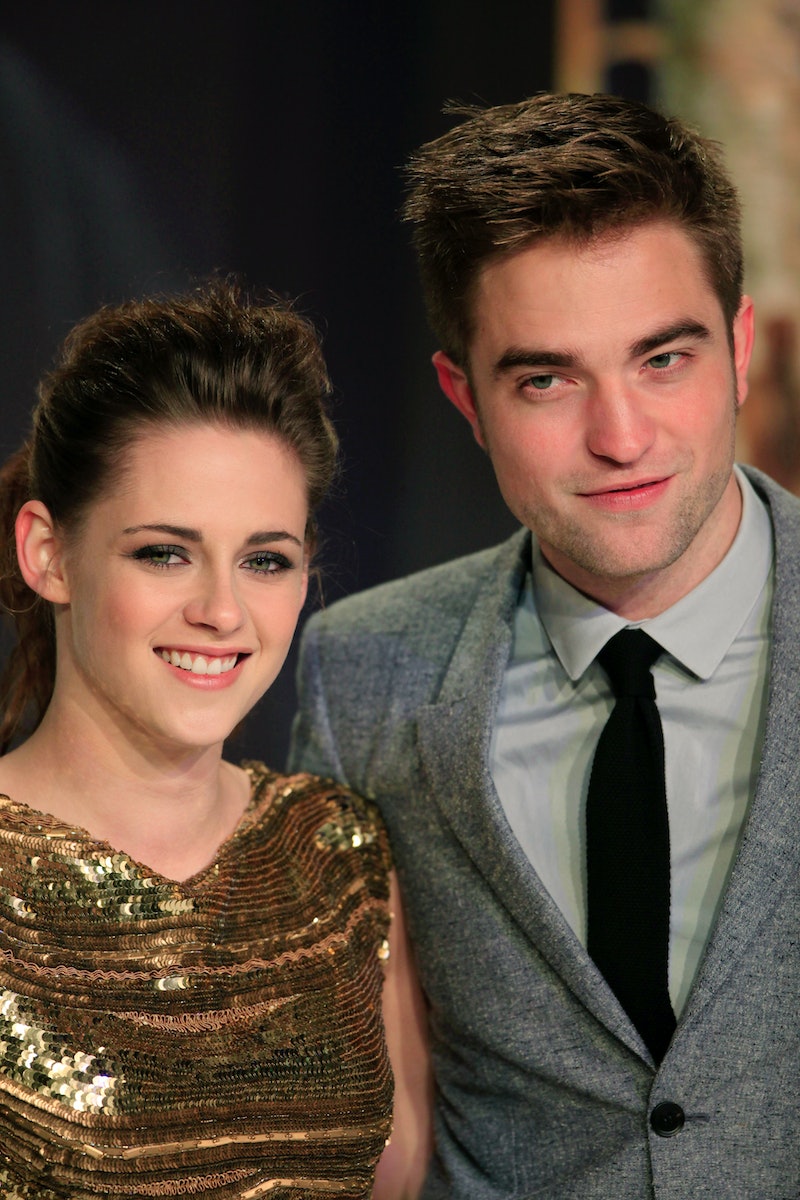 Before you all think I'm totally crazy, let me put up a disclaimer. I am painfully aware that the couple we once worshipped as "Robsten" is no longer actually a thing and hasn't been for quite some time. It's cool, though. Because I'm into reminiscing, and as a teen I had a slight Twilight preoccupation, especially with the relationship between Edward and Bella. And so, that preoccupation extended to the real life romantic relationship between the two leads, Kristen Stewart and Robert Pattinson.

You know, looking back on it, I should maybe be embarrassed about it. But, I'm not, because I was young and the whole Internet — nay, the world, was just as infatuated with them as I was. It's OK, y'all, you can take the bag off of your heads, it was for good reason. Robsten was an amazing couple.

And ya know, it's fine if they're still your favorite. Yes, it ended. We all know that Pattinson is happily hangin' with FKA Twigs and Stewart is taking over the world one French accolade at a time. But, just because it's over doesn't negate all of the adorableness that happened while it was still going on. And I'm here to prove why the world's obsession with Robsten was spot on and why it still is.

They complemented each other

They supported each other

We all know about the ongoing Stewart joke that she's perpetually grimacing, and Pattinson was annoyed by it. He said to Vanity Fair , “People have decided how they are going to perceive her. No matter how many times she smiles, they’ll put in the one picture where she’s not smiling.”

Let's be real, they looked hella good together

They had amazing chemistry

So yeah, it's cool to appreciate a once great relationship. So long as you aren't sending fanmail to their respective houses about it. Don't make it weird, peeps.