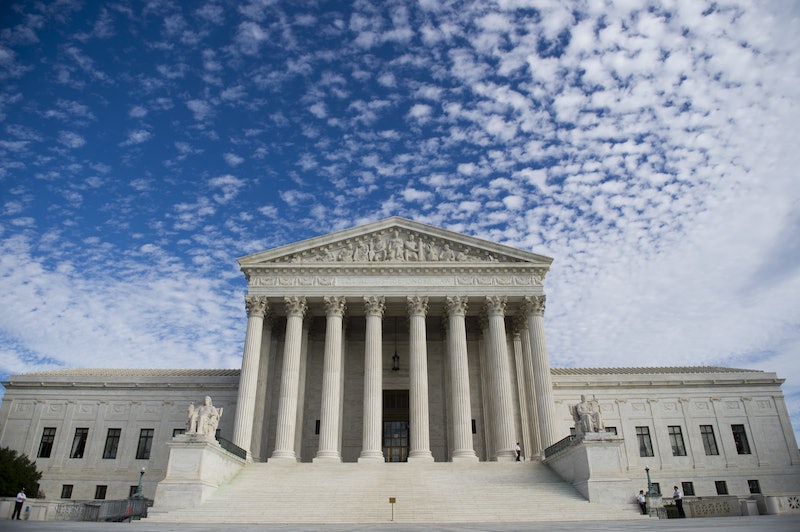 Right now, the health insurance plans of millions of Americans hang in the balance as the Supreme Court considers King v. Burwell, a challenge to the law's system of federal subsidies. It's the high court challenge that conservatives have eagerly been awaiting, the first major threat to President Obama's signature achievement since the Supreme Court upheld the law 5-4 back in 2012. With so much on the line, it makes sense that people want to know a little more about the figures involved. So, who is the lead plaintiff in King v. Burwell? Why, it's King, of course — David King, a 64-year-old Virginia man with anti-Obama views who wants to bring the whole Affordable Care Act down, if he can.

All due credit to Amy Howe of the Supreme Court's excellent SCOTUSblog, which gives life and detail to King's vexing story. Here's the basic idea: thanks to the subsidies built into the health care law, King was able to purchase health care at less than half the cost it would've been otherwise — the full cost would've been $648 per month, but $373 of that would been subsidized. This is despite the fact that Virginia's GOP-led state government refused to implement a health insurance exchange after the law's passage — when that happens, the federal government's insurance exchanges have filled the gap, and subsidized the plans.

Ah, but here's the rub. King didn't want to have health insurance, but was forced to by virtue of Obamacare's individual mandate. I know what you might be thinking — you sometimes hear about healthy, cavalier young people wanting to forgo coverage, but why is a man in his mid-60s so confident that he won't need medical care? This is a question, I presume, that he himself must know the answer to.

What's not up for debate are his far-right politics, however. As CNBC News details, he's posted an image of Michelle Obama photoshopped into middle-eastern attire on social media, as well as an image of Doc Brown from Back To The Future urging Marty McFly to travel back in time and give President Obama's father a condom.

In any case, King was frustrated, especially by the fact that if the subsidies didn't exist, he wouldn't have to buy health insurance. Given that the full, unadjusted cost of his plan would been $648, and he earned only $39,000 per year as a limo driver, he would've been granted an exemption from the mandate if the subsidies weren't in effect. At the post-subsidy $275 per month cost, however, he was on the hook to get covered. So he and a handful of fellow plaintiffs decided to sue over the subsidy system itself, arguing for a woefully narrow interpretation of the law which says that only state-run exchanges can deliver subsidies.

That's essentially the crux of the entire case — whether the words "through an exchange established by the state" are intended to exclude the federal government. At present, millions of people are getting insurance through the federal exchanges, a direct consequence of the state-level GOP's broad refusal to comply with the law as designed and set up their own exchanges. If the Supreme Court rules in favor of King and his fellow plaintiffs, the cut-rates on those plans would evaporate, imperiling the health insurance of just over 8 million Americans around the country. If this sounds like a staggeringly selfish and irresponsible crusade, well, you're right.

It's probably too early to say whether King v. Burwell will actually rattle the foundations of Obamacare, or whether the Supreme Court will agree with a broader, contextual (and frankly more sensible) interpretation of the law. But when the ruling finally comes down months from now, know this: if your health insurance suddenly gets prohibitively expensive, you'll have David King to thank for it.