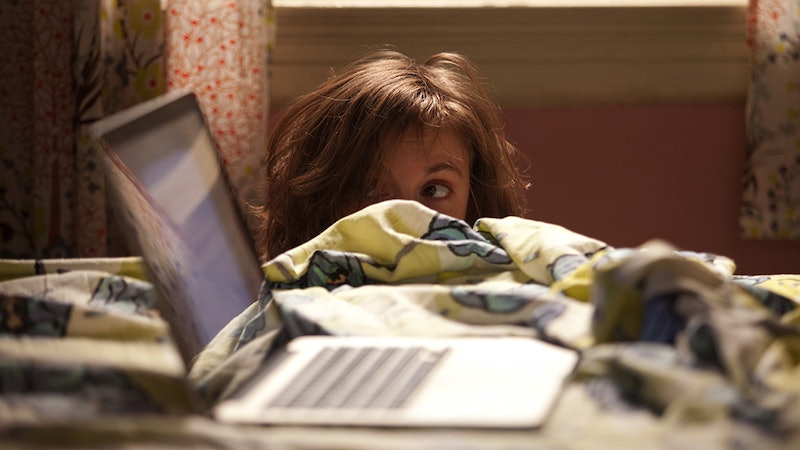 If you’ve ever submitted work for publication, you’re familiar with the harrowing Wait. Yet maddening as the experience is, you're in the minor leagues compared to the World Series of Soul-Crushing Waits: waiting for your book to sell. By the time most writers have reached this level of anxiety, they’ve already leapt through a circus of hoops, which include finishing the manuscript, building a platform, and snagging representation. These are exhausting on their own.

But what happens when your book gets here, but no further? What do you do when every editor on the island of Manhattan "respectfully declines”? What happens when your worst Sideways-fueled nightmare comes true — your manuscript doesn’t sell? Last year, I was in the thick of this exact situation with my Pacific Northwest coming-of-age memoir. My agent sent it to the mansion publishing houses. Then the starter houses. Then the guys lurking in back book alleys in trench coats. With each round of submissions, I felt my dream's glimmer fading. I refreshed my email 50 times a day waiting for news that was rare and never good.

Officially off the market, I shelved the manuscript and thrashed around in literary free fall, unsure of my next step. Revise? Write a new book? Find a new career? I spent six months lost and terrified, afraid that I had drained a lifetime of creativity on a dud. I figured out, though, that art doesn’t work that way. If you give yourself room to mourn failures and grow, you’ll find the way to take the next step (just not always with Kate Middleton grace).

If my situation resonates with you, keep scrolling — here's what's helped me survive my post-traumatic rejection disorder.

Get A Distraction, Pronto

Around the time my book started making the rounds, I accepted a gig to review books. This was the first thing to crack my submission obsession. Under deadline, I couldn’t keep staring at my email. For hours I escaped my loop track of thought, drowned in the dissection of another writer’s work. For the majority of that year, the reviews were the only writing I produced, the only way I could put words on the page while staying out of my own BS. To write a review was to give up my ego and insecurity. This wasn’t about me.

As the reviews were posted, I was rewarded by the glory of seeing the writers sharing the good news. A review! Take a look! I felt a giddy lilt in my heart when they pulled out one of my quotes. And for the moment, being a part of someone else's review and promotion process felt shockingly better than being at the center of my own publishing drama. I could breathe on the sidelines.

Don’t Try To Rework Your Manuscript — But Don't Toss It, Either

Only a few weeks after pulling my book, I tried editing, rearranging, and overhauling it. I had no perspective and no confidence, and made clunky, painfully rendered chaos. It was a huge mistake. In your quagmire of not-selling sadness, you won’t know whether you should hack or tweak or burn the work. You won’t have the distance to tell. And if you try to jump back into the same project without giving your heart space to settle, you’ll just end up making a bigger mess on the page — and in your head — than any form rejection from a Big Five can ever create.

Maybe your manifesto really is as good as you felt it was back when you typed THE END on page 320; it may be true the market’s been saturated with second comings of Lena Dunham, or your “platform” might not be hefty enough for a big publisher to launch an expensive, competitive marketing campaign. Then again, maybe the manuscript wasn’t the best thing you’ll ever write. There’s some relief in coming back to a shelved book a few years later and realizing how much you’ve evolved from that writer you were. Either way, step away from the manuscript and figure it out later.

Use This Time To Celebrate And Learn From Other Writers

Writers can empathize with each other since we have all been through creative boons, droughts, successes, and rejections. Still, our roller coaster tracks are rarely in sync. When you're down, that’s exactly when the biggest agency in the country is going to sign one of your cohorts, or your roommate is going to hit a freak Tin House/Paris Review/New Yorker trifecta acceptance streak.

During my lowest point last year, it felt as if everyone’s number was up but mine. It mutated the sense of community I used to feel from checking into Facebook or Twitter into a rusty shiv to the soul. In reality, there wasn’t some sudden influx of success that was excluding me. It only felt like it because I had so little to contribute. Instead of celebrating my friends’ hard-earned wins like before, I let them reflect my inadequacy. I felt jealous. Seventeen likes!? Lucky.

It takes strength and grace to be enthusiastic for wins in a losing season, but it’s not just polite. It’s necessary. If you’re in this writing life for the long-term, you’ve got to find a way to cheer even when you lack the heart. There will be many disappointments, and letting them poison the friendships you’ve cultivated serves no good.

Remember That This Isn't The End Of The World, Seriously

It could be worse...as in publishing a book that flops. Or publishing a first book that you end up regretting a few years later. Or having to admit that you fabricated your whole memoir. Or not having awesome writing friends who support you and vice versa (see super vital No. 3). Or not writing ever again because of one setback.

It was tough admitting to my friends, family, and random acquaintances that no, they wouldn’t be able to buy my book soon. But it was a Band-Aid admission — as painful as that rip was, once the truth was out there, people kind of forgot about it. Instead, they started asking what I was working on now. They saw new work slowly, slowly eke its way out into the world. And as their memory of my face-plant faded, so has mine.

Never forget that books are rare, outstanding feats. The competition is daunting, and the market’s force is uncontrollable. A sizable percentage of successful writers you’ll meet will have a story to tell you about the manuscript in their own drawer. You’ve just secured an essential rite of passage. Every life has a painful adolescence, so strap in that headgear and have faith in your blooming, brilliant future.