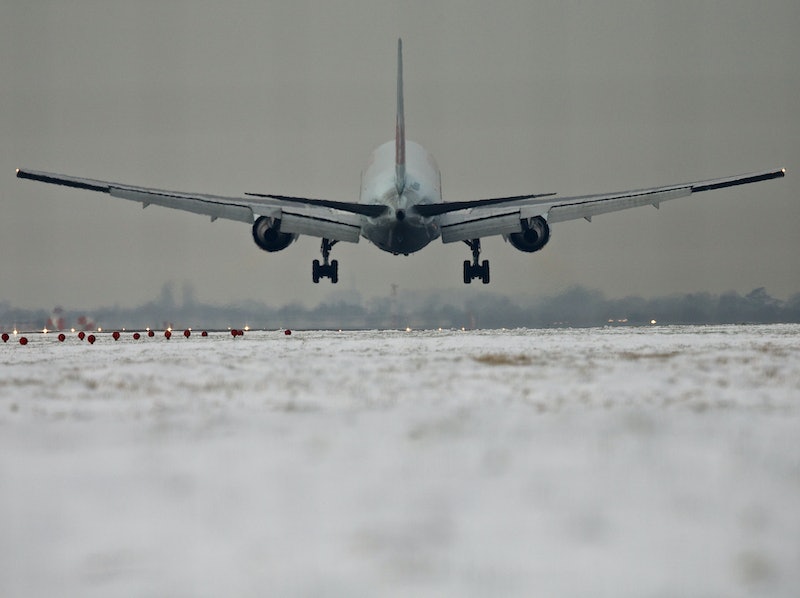 On Thursday at roughly 11 a.m. ET, during a snowy day in New York City, a Delta Airlines flight apparently skidded off the LaGuardia Airport runway. The plane was flying in from Atlanta when the incident occurred. All passengers were evacuated from the plane, and Reuters and NY1, among others, reported that emergency services were actively responding to the incident; no injuries have been reported. On the plane, among other passengers, was Bravo's Jersey Belle star Jaime Primak, who Tweeted: "We just crash landed at LGA. I'm terrified. Please..."

Jet fuel is leaking from the airport, writes DNAinfo. And BuzzFeed reports that Port Authority said in an official alert:

Due to an aircraft emergency at LGA, arriving and departing flights may be delayed or canceled. Please contact your carrier for information about your flight.

Meanwhile, snowy weather has left thousands of flights in New York and along the Northeast delayed or canceled. USA Today reports that there have been a total of 20376 flight cancellations and 56044 delays in the last two weeks.

In a statement, Delta said:

Customers deplaned via aircraft slides and have moved to the terminal on buses. Our priority is ensuring our customers and crew members are safe. Delta will work with all authorities and stakeholders to look into what happened in this incident.

In a statement, LaGuardia said it would be shutting down the airport until 7 p.m.