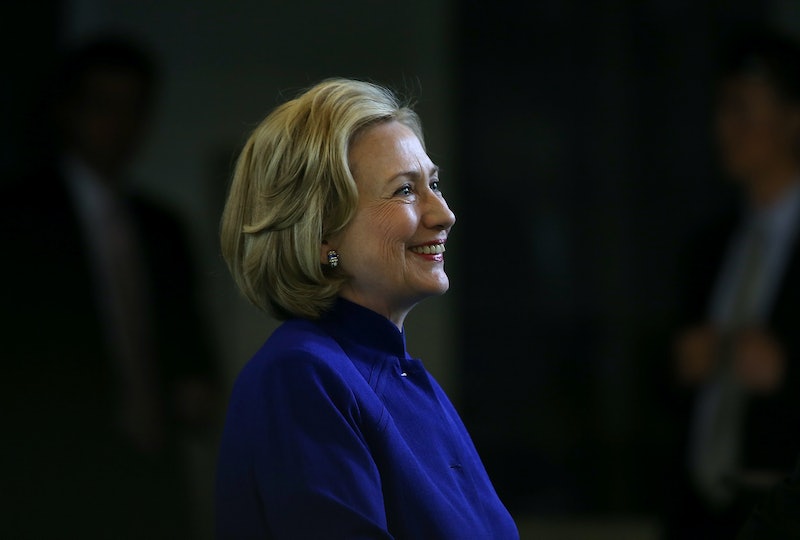 Truly, I think of Hillary Clinton as this world's epicenter of poise and dignity. So it comes as no surprise that when Hillary was grilled by TMZ about that whole email thing while walking through Reagan National Airport — TMZ posted footage of "Colin" asking Clinton about whether the "blunder" was a "generalization gap" (a generation gap, I believe Colin means?) and whether it can "be corrected" — she just grinned, continued chewing gum, and went on her way.

The day before, photographer Colin ran into Hillary, also at the airport — that's a lot of flying for a 48-hour period, huh? — and asked her whether she'd be running for president (I don't blame you, Colin). "Any chance TMZ can get the exclusive you're going to run for president one day?" Colin asked on Wednesday. "Do lawyers make better presidents, Hillary?"

Hillary, ever the pro, just smiled and kept walking on both occasions. On Tuesday, when asked about running for president, she even gave Colin a little wave goodbye. I like to think that was an implicit "yes, I will most likely be running for president, and you're going to be hearing about it real soon because I know that you and the rest of the United States cannot take this waiting any more.")