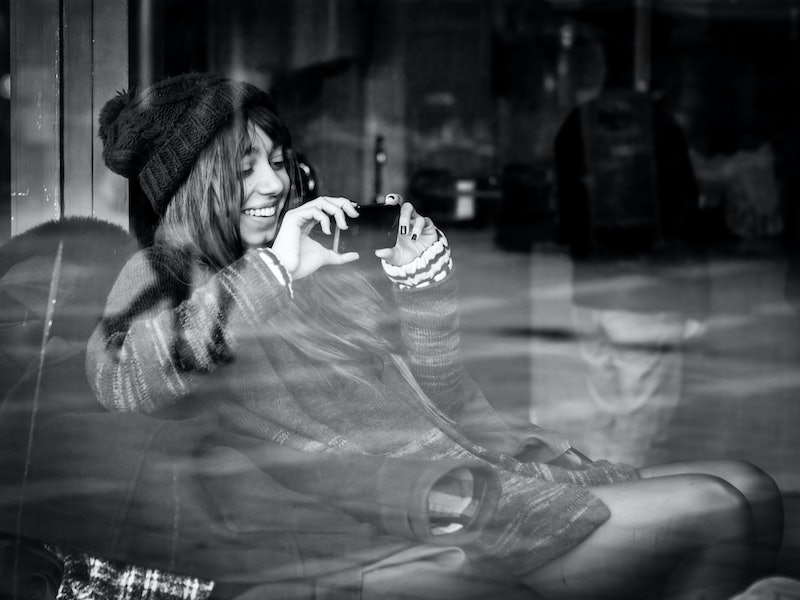 I frequently hear men express envy over what they imagine women’s OkCupid inboxes look like. In their imagination, we are bombarded with eloquent, respectful gentlemen who ask incisive questions to get to know us and make us feel good about ourselves.

(If you are a woman who's been on OkCupid, obviously, you just scoffed.)

It’s time to clear things up.

First of all, for people whose profiles have an average rating, both men and women have an under-50 percent response rate — meaning most of us are not usually getting messages from the actual people we’re trying to reach. Secondly, instead of hearing from the people we’re pursuing or the charming suitors in jealous male users’ fantasies, we’re often stuck dealing with some pretty crazy messages.

So once and for all, here are the 23 types of messages most straight women (or gay women being trolled) have to deal with on OkCupid. Dudes, you've been warned.

We've all gotten these. The clearly copied-and-pasted message often comes from people who are low matches with me and are clearly not vetting their targets carefully. They’d might as well write “I didn’t read your profile” or “I’m casting a super wide net that you just happen to be caught in.”

This approach is especially obvious when they accidentally paste the message twice.

...Or, when they send it to two people. Once, my roommate and I both got this exact same message:

Later on, the same user messaged us both asking if we were Brazilian. (In case you haven’t guessed, neither of us is.)

Because sometimes it’s really hard to finish typing a word.

But maybe make me feel like I’m worth a sentence? Jesus.

It might benefit these users to comment on something we have in common rather than regurgitating their profiles (and life stories).

He just forgot to give me his blood type and social security number.

4. The Message That Apologizes For Its Very Existence

Unfortunately, they do a good job, and their cases can be quite compelling.

You've gotten these, that's for sure.

And the really poetic message.

And the message that tries really hard to be poetic.

Maybe they meant to submit these to literary journals?

6. The Message That Tries Way, Way Too Hard

If someone wants to know about my job or field of study, I'd rather they just ask me. Or even better, Wikipedia it and ask me an informed question. OkCupid users who opine on subjects they know nothing about exude an unlikely combination of insecurity and arrogance.

Is this an attempt to sound sophisticated? Or maybe Google Translate gone wrong? I’ll never know.

(Unfortunately, if you're a bisexual woman, you're going to get more of these. Because, threesomes?)

OkCupid may not be the most appropriate venue for these people to find what they’re looking for. Maybe try Adult Friend Finder?

Should I call an ambulance? And why do I feel violated right now?

This is the OkCupid equivalent of clickbait.

13. The One That Starts Off Normal And Takes A Turn For The Weird

This is all moving so fast!

14. The Message That Sails And Sinks An Entire Relationship

This one starts out fine...

...Until you stop responding to their chat for one minute.

I was just using the bathroom.

I’m glad you were able to reach a conclusion about that.

A) So your priority is fulfilling your hunger, but mine is looking sexy?

B) Why would I spend at least 15 minutes primping for you, stranger on the Internet?

C) You’re already mad at me for being a superficial, petty girl, and you haven’t even met me!

Also, maybe don’t make me feel like I’m auditioning to date you? You messaged me.

17. The One That Brings Up Sex Way Too Soon

Come on, guys, don't bring up sex during our first conversation.

That’s the kind of thing you say about a shirt you’re trying on. Of course, it can get much worse.

Because of my white privilege, I haven’t had to deal with messages that exoticize me because of my race. But this hasn’t stopped my messagers from exoticizing themselves.

20. The Message To Which There Is Just No Response

Being red-headed is soooo straightforward.

The messages above were sent just a few hours apart.

Don’t trouble your horse with that trip, knight in shining armor.

There’s a special breed of men who join online dating sites mainly to inform people of how unappealing they are or how wrong their opinions are. I’ve developed the habit of automatically hitting “block” when I identify a troll — though some have amused themselves and the rest of us by trolling back.

And then you sent me one anyway.

If you think your messages might fit into categories 1 to 22, take a few pointers from these users, who ended up getting responses and ultimately dates.

You don’t have to come up with a poetic essay or shocking attention-grabber. It’s really as simple as demonstrating that you’ve read my profile and we have something in common.

Oh, and not making me feel like a piece of meat is also much appreciated.

More like this
Beyoncé & Madonna’s “Break My Soul” Remix Honors A Group Of Black Icons
By Stephanie Topacio Long
The “Whisper Method” Is The Latest Manifestation Technique Going Viral
By Meguire Hennes
The Top Mistakes Scorpios Make In Relationships (& How To Avoid Them)
By Nina Kahn
Are Leo & Capricorn A Good Match?
By Kristine Fellizar
Get Even More From Bustle — Sign Up For The Newsletter