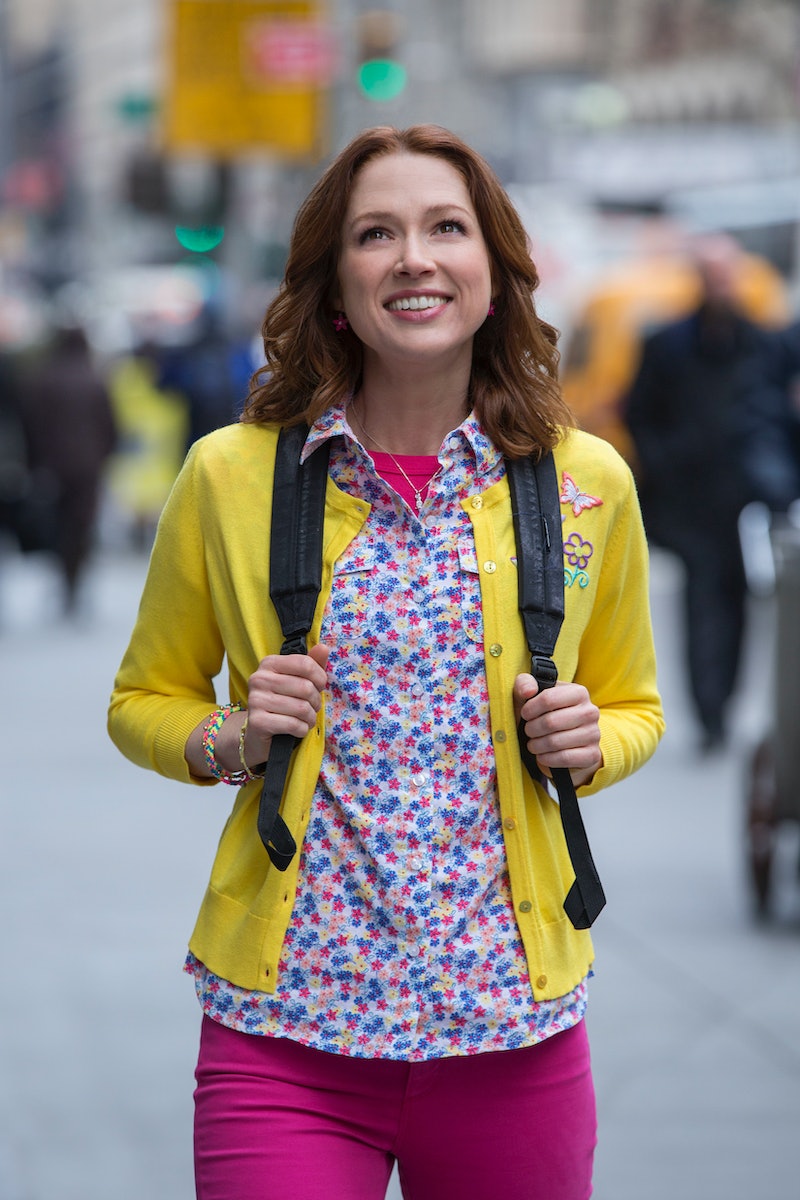 If you aren't already watching Unbreakable Kimmy Schmidt on Netflix, stop what you're doing and report to your couch now, because you're going to love it. It has everything a good show needs: A solid cast, comedy, and Tina Fey's genius. If you loved 30 Rock, you will adore this show, and if you loved The Office, you will die for this show. After watching a few episodes, it's hard to deny that the Unbreakable Kimmy Schmidt and Erin from The Office are basically the same person.

In all of Ellie Kemper's major roles, she's played the adorable, somewhat oblivious character who you can't help but love because she's so unintentionally funny, and it's something Kemper has officially mastered. And since Erin and Kimmy both fit that description perfectly, it's not surprising that Kemper pulled this role off all over again. Although Kimmy's probably more determined and headstrong than Erin, who was just happy to have a job and people who like her, Kimmy is basically Erin, if Erin was plucked out of Scranton and dropped into an underground bunker. It's hard to deny the similarities between the characters.

Here are a few reasons that Kimmy and Erin are basically soul sisters.

She's blissfully unaware of... everything

Do you remember that episode of The Office where Erin doesn't understand the point of disposable cameras, because she thinks you take pictures with them and throw them away? That, in a scene, is Kimmy Schmidt. She's happy to go with the flow and learn the way the world works now, since she's been underground for 20 years, but there are still so many things she misunderstands anyway, like sexting. I don't want to ruin it for you, but look out for that around Episode 5.

Just as Erin was an undying ray of sunshine in the dreary office, that's Kimmy. She thinks the best of people, even when they suck, and even though she understands very little about the world around her and how to function as an adult in New York, she's convinced everything will work out anyway.

When Kimmy first meets Titus, she hands over basically all of her money to him for "back rent" without a second thought. She goes to a club and totally isn't expecting her backpack to get stolen, but it does. Erin doesn't believe anyone would hurt her on purpose and is totally surprised when they do. Every single time.

They both have a sad backstory

Erin's major storyline on The Office — besides her romance with Andy — was that she'd grown up in the foster care system and doesn't know who her real parents are and she's longing for a family. She never had a room growing up, so her hair was her room. You know how that can be, right? For Kimmy, it's the whole kidnapping and living underground with a cult leader who convinced her everything above ground was dead that colors her world view. And what they have in common is that despite their sad backgrounds, they're still unfailingly positive.