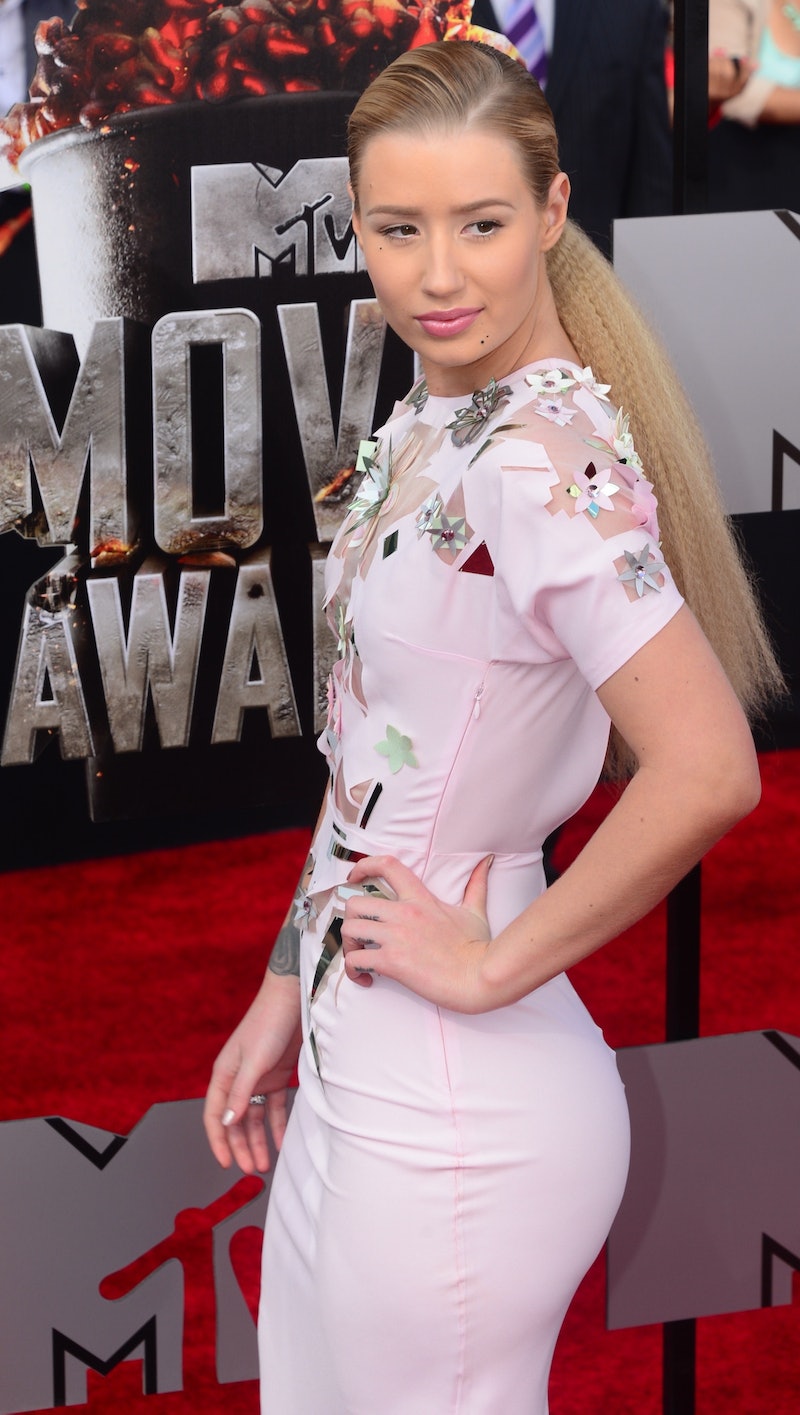 Iggy Azalea has made no secret about her ongoing issues with the paparazzi, and it looks like the problems just keep getting worse. On March 5, the Australian rapper posted a photo apparently taken by someone with a long range camera of Azalea standing in front of her home. Despite the six-foot-high blacked-out fence around her house, Azalea still found herself the subject of an unwanted — and probably illegal — photo shoot by an unnamed paparazzo. According to a post made on her official Instagram page March 6, Iggy Azalea is taking a break from Instagram, and it seems to be because of the paparazzi issues. Until further notice, the social media account will be run by her management.

The announcement comes not long after Azalea announced she was taking a break from Twitter following the release of paparazzi shots of her in a bikini while she was on a vacation with her boyfriend and subsequent body shaming by online critics for the way her butt looked in the pictures. While it's gross enough that the harassment pushed her away from her own social media account, the photos themselves were a sign that the photographers in question did not respect her or her privacy.

But this time, it's even worse for Azalea. At least the last time she was in a somewhat public location. This time, she was on her own private property, and there is really no excuse for the invasion. It's a shame that this could have played a role in her — once again — departing from her own account.

Of course, it is understandable why photographers are so eager to get a snap of Azalea. After all, the Grammy-nominated performer was one of the most talked about stars of 2014; some people love her and some people hate her. Much like other high-profile entertainers, what she does next will surely have a lot of people talking. But that is no excuse to infiltrate someone's private space. This isn't a concert or an awards show, after all.

Azalea said it best in snippets from her last Instagram caption (at least for the time being), which shows the paparazzi pictures taken of her in her yard:

No one should be made to feel like their own home is a prison because even your garden may be grounds for a photoshoot.… You're home is supposed to be your place of peace. I just want mine to be that too same as everyone else.

Think about that the next time paparazzi post a photo of a star on their own private property. It's easy to get caught up in the persona of a celebrity. But remember, there's a real person on the other side of that camera lens.