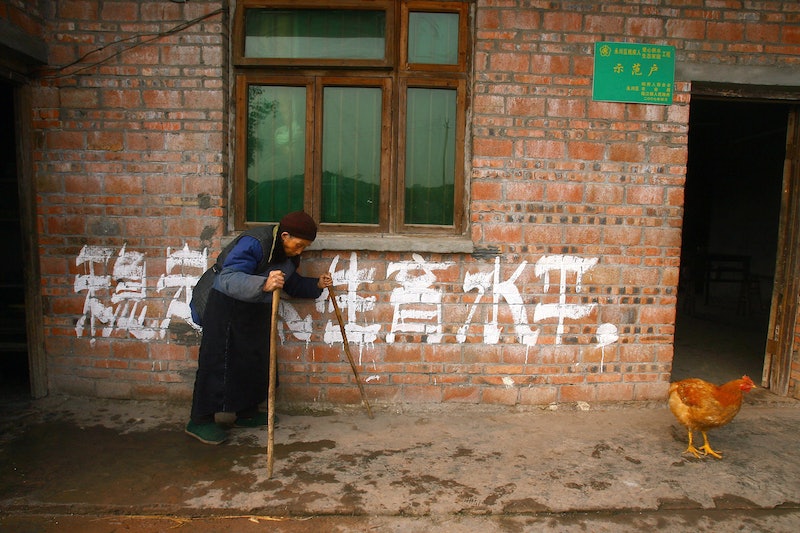 Can the government require you to care for your parents in their old age? In some countries, it can. China, France, Ukraine, India and Singapore all have laws requiring adult children to support elderly parents financially. Canada, Puerto Rico and more than half of U.S. states have parental care laws, too — though these are "little known and rarely enforced," according to the Associated Press. As of last year, China also legally requires that children support their parents emotionally.

"The law pits the expectations of society against the complexities of family and puts courts in the position of regulating the relationship between parent and child," AP says. It details the case of Zhang Zefang, a 94-year-old woman living in a small mountain village in southwest China. Zefang sued her children for not taking better care of her, and she won. But Zefang is far from alone: More than 1,000 parents have sued their children for financial support in the last 15 years, AP says.

In China, "filial piety" is a cornerstone of society; adult children are expected to honor and respect their parents by taking them in and caring for them in their old age. There's little social support (such as Medicare, Medicaid and Social Security in America) for Chinese elderly (though it has been getting a little better) and nothing like the network of nursing homes and assisted living facilities we have in the United States. Yet the practice of children faithfully caring for aging parents has been falling away in China. It's especially bad for older adults left behind in rural villages like Zefang's.

Zefang's story is heartbreaking, but it's also complex. Her family may seem abusive and neglectful, but they're poor and suffering, too. Zefang wanted to go to a nursing home but in China these are expensive and incredibly scarce. The lawsuit settlement requires her children to split her medical bills and each take care of her in their homes for four months a year.

China's older population is skyrocketing. By 2050, nearly half of the Chinese population will be over 50. "The result is an emotional and generational tug-of-war," AP says. But though China presents one of the most extreme examples, all over the world demographics are skewing old fast. In the United States, about 13 percent of the population is 65 and older. By 2030, it will be almost 20 percent and by 2050 around a quarter of Americans will be over 65.

We may not be required by law across the US to take care of our parents, but someone is going to have to, and the politics and logistics of that are tricky. If the boomer generation is any indication, the burden will fall disproportionately on women. Currently, an estimated 66 percent of caregivers are women and female caregivers are less likely to pay for care help, according to the National Alliance for Caregiving.

More like this
Wimbledon Alters All-White Kit Rule Amid Candid Period Discussions
By Catharina Cheung and Rachel Mantock
Read Dan Levy's Heartbreaking Message After The Club Q Shooting
By Stephanie Topacio Long
Kate Middleton & Prince William Were Booed & Mocked On Their U.S. Visit
By Jake Viswanath
Here's The Role Lady Susan Hussey Played At Buckingham Palace
By El Hunt
Get Even More From Bustle — Sign Up For The Newsletter