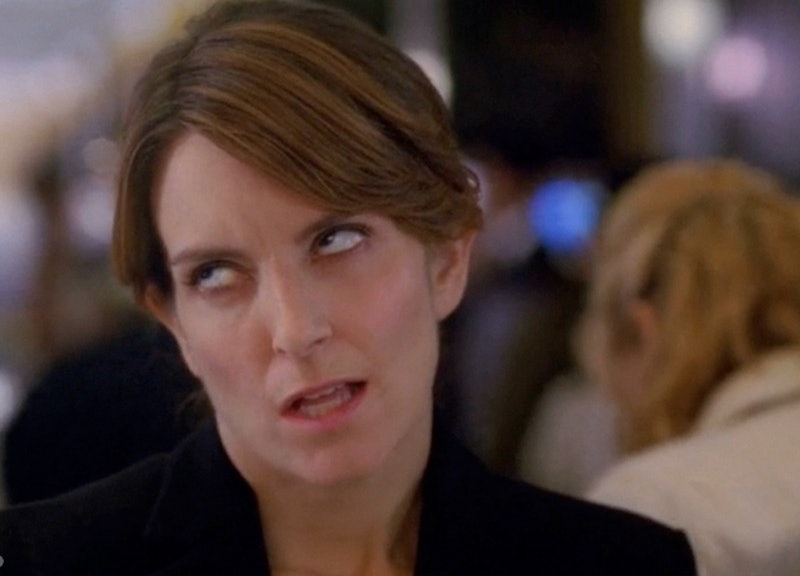 Your professional and academic achievements, your relationships with your family and friends, your ability to parallel park quickly and with minimal profanity — none of it matters as much as your sex number. It's not even a contest. In fact, the number of people you've had sex with is the most important piece of information that people can, will, and should use to judge you and your character — whether they're evaluating your potential as a romantic partner, or seeing if you seem like someone who can pay back a small business loan in a timely fashion.

If it was still the '90s, this is where I would employ a well-timed "NOT!"

So why do people think that a totally arbitrary number (which conveys absolutely zero facts, except how many sets of genitals have grazed your own genitals) is an indicator of your truest self? Do people not have sex for fun (or pleasure) (or because they're not sure what to do on Tuesdays since Parks and Recreation ended), but rather to convey a specific set of personal qualities? If that were the case, we could make broad assumptions about you and your personality, based on nothing but your number of sexual partners! Are you a good person? Can you be trusted with important secrets? Do you like pistachio ice cream? All of these questions, and so many more, could be answered using no facts besides your sexual number. It's like astrology, except super judgmental! What fun!

So what would your own personal sex number — which everyone will know by looking at you, so don't even bother trying to lie about it now — say about you? Read on, and learn more about how the number of people you have sexed up is the most accurate and real reflection of your true value as a person that ever has or ever will exist (according to fools).

What This Means About You: Hoo-boy, get a load of you! You not only know what sex is — you also know how to have it!

What This Means About You: Whoa nelly! Somebody around here has definitely had sex with four to seven different people! And you know what they say about people like that: you know what it is like to have sex with more than three, but fewer than eight, different human beings throughout the course of your lifetime thus far.

What This Means About You: No matter how much the world changes, there is one thing that will always be true of folks who've had between eight and 10 sexual partners — they've almost definitely seen at least one of those people fully nude.

What This Means About You: Not to make wild assumptions about you here, but you have definitely seen between 11 and 15 different sets of genitals, if you know what we mean.

What This Means About You: Most people decide that they're going to learn what sex is and how to do it, but then they get distracted by Iron Man 3 on HBO and just never get around to it. But not you! You not only learned how to do sex, but you then, over time, found between 16 and 30 people who also knew how to do it — and then you proceeded to do it with each of them. Don't get embarrassed about the great truths we're unearthing here; you have to face facts some time!

What This Means About You: I think we all remember American history class well enough to recall what founding father and inventor of the glass harmonica Benjamin Franklin said about people who've had 31 to 50 sexual partners: "Early to bed, early to rise, makes a man healthy, wealthy, and wise. Also, people who've had 31 to 50 sexual partners have probably had sex at least 31 times. I mean, it's just basic math. Do you guys want me to put this in the Constitution? Like, just as a reminder?"

What This Means About You: No matter how you phrase it, or what explanations you couch it in, when you tell your partner your number, they'll know one thing about the "real you" for sure: that you have had sexual relations with 51 to 75 carbon-based individuals who almost definitely exist on this plane of reality.

What This Means About You: We should actually let you know that in the time it took us to write this article, some shocking new scientific research on the meaning of sex numbers has come to light. A bunch of extremely legitimate-looking scientists wearing very white lab coats and authentic-looking name tags ran a bunch of double-blind tests and found that — no matter how many double blind tests you run, how many beakers you raise aloft in an authoritative manner, or how much pharmaceutical-grade cocaine you give to a group of lab rats — it turns out that placing a lot importance on your sex number is total and utter nonsense. Even remembering yours is a phenomenal waste of your precious time, so it's probably best to forget about the whole damn concept right now (unless it's a fun masturbation aid-type thing, in which case: carry on!).