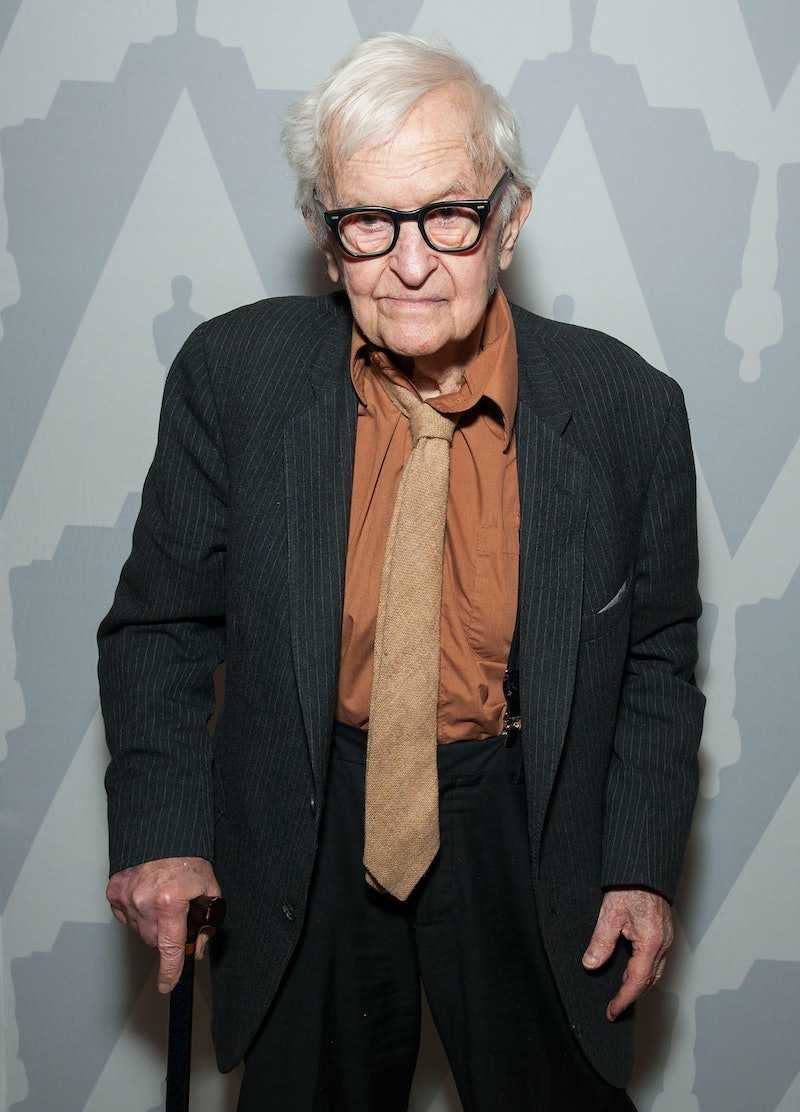 Tragic news hit Hollywood on Friday: renowned documentary filmmaker best known for Grey Gardens , Albert Maysles, has passed away at age 88. He made many excellent documentaries during his long career, both on his own and with his brother David Maysles. The brothers' most famous project however, was — as aformentioned — 1975's highly influential Grey Gardens. The documentary followed mother and daughter Big and Little Edie Beale, close relatives of Jackie Kennedy, who lived in squalor in a mansion called Grey Gardens. The Maysles brothers entered the house to film their eccentric lifestyle and ended up with a sad and beautiful documentary. Though the characters are certainly unique, the documentary never descends into parody, presenting the two women with sensitivity and kindness.

Grey Gardens has been voted as one of the best documentaries of all time, and it was remade into a musical and a 2009 movie starring Drew Barrymore and Jessica Lange. It has become an iconic film, and the women in it have become cultural icons in their own right. Though it's exactly 40 years old, it is still culturally relevant and worth watching, both to honor the now deceased geniuses who made it and to honor the women who are its stars. Grey Gardens is returning to theaters this week in a beautifully restored version, and it's also available on Youtube. Here are 7 reasons why modern viewers should watch Maysles' masterpiece at least once in their lives:

It depicts a fascinating female relationship

Mother and daughter? Female friends? It's difficult to say, but the relationship between Little and Big Edie is always affectionate, even when tensions rise.

The fashion is incredible

The accents are always entertaining

Tina Fey even did a delightful imitation.

Grey Gardens manages to capture the humor of these two women without ever seeming mean.

It depicts a lost era

There's some liver paté, yearning for Old Hollywood glamour, and Little Edie gets in a few good digs about her cousin Jackie Kennedy. It's history before our eyes.

There are lots of cats

There are some great musical numbers

RIP Albert Maysles — his legacy will always live on in Hollywood.