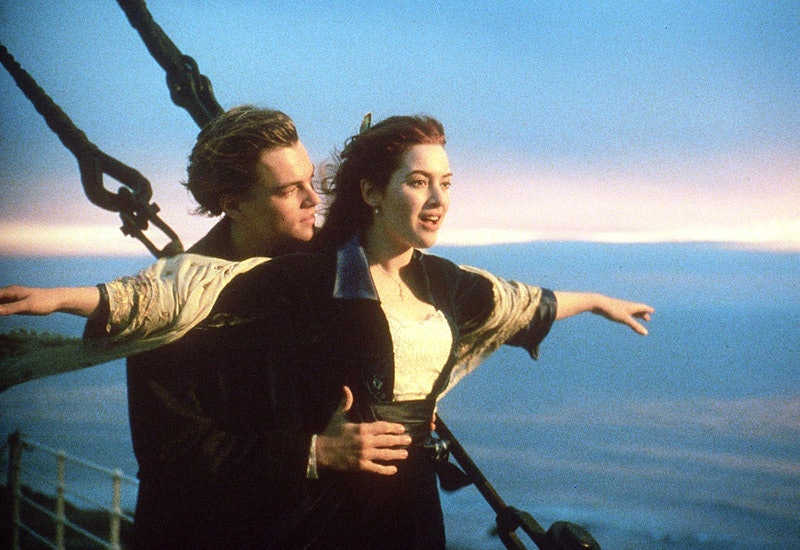 When I think of perfect pairs, I think of peanut butter and jelly, gin and tonic, and Kate and Leo. However, it looks like the Titanic stars almost never met on board the most famous steamship of all time: Jeremy Sisto, the king of playing guys you love to hate (after all, he was Elton in Clueless, Billy in Six Feet Under), almost nabbed the role of heartbreaker extraordinaire Jack Dawson that eventually went to DiCaprio! That's right: Sisto could have been the guy who shouted the iconic line, "I'm the King of the world," made Rose promise she would never let go, and been the unsinkable Molly Brown's little pet project. How's that for some crazy Titanic trivia?! In the screen test of Sisto and Winslet, it's clear that Leo was the right choice. Not that Sisto isn't charming, it's just that he's almost too close to the confidence and swagger of Cal.

During an appearance on HuffPost Live, Sisto admitted that he definitely felt like he missed out on a big opportunity. How could he not? Titanic is one of the biggest box office hits in cinematic history. Not to mention the fact it made Kate Winslet and Leonardo DiCaprio instant mega stars (not to mention BFFs). Sisto commented, “Anything James Cameron does has this huge scope to it...He’s trying to push the limits on things, so I was just insanely inspired by it and a little heartbroken when the role didn’t come my way.”

Not as heartbroken as we all were when Jack's icy body sinks to the bottom of the ocean, JEREMY! In any case, this casting option isn't the only little-known fact about the best over-the-top love story of all time. Check it out:

According to Daily Mail, that's actually the hand of director James Cameron.

The Nude Scene Was the First Scene Leo and Kate Filmed Together... Ever

According to Uproxx, yes — this scene was Winslet and DiCaprio's first scene ever. Clearly, Jack's obvious nerves were very real.

That Drawing Was Also Auctioned off for $16,000

It was sold at Premier Props' memorabilia auction for just sliiiiiiiightly less than the worth of the Heart of the Ocean.

Kate Winslet got Pneumonia While Filming

According to AllWomenStalk, it was because she was the only actor who didn't wear a wetsuit while filming the underwater scenes...and I thought the corsets were bad.

There was a Real J. Dawson Aboard the Titanic

He just didn't go by Jack: His name was John and he worked in the bowels of the ship, shoveling coal, according to CBC.

That is, according to IMDb. Well, that sucks the drama right out.

The Time On the Clock In the Last Scene is Meaningful

That's according to FamousFix. LAAAAAAAAAAAME.

But the Band Was Real

They're called Gaelic Storm, and they still tour and record.

Well, that's one way to save on visual effects, as FamousFix reports.

This Couple Was Real

They portray Ida and Isidor Strauss, the owners of Macy's who, according to Premiere Exhibitions, actually died on the Titanic. Isidor took Ida to a lifeboat, but she refused to get on without him. She was quoted by survivors as saying, "We have lived together for many years. Where you go, I go.” NOW THIS SCENE WILL MAKE YOU CRY EVEN MORE.