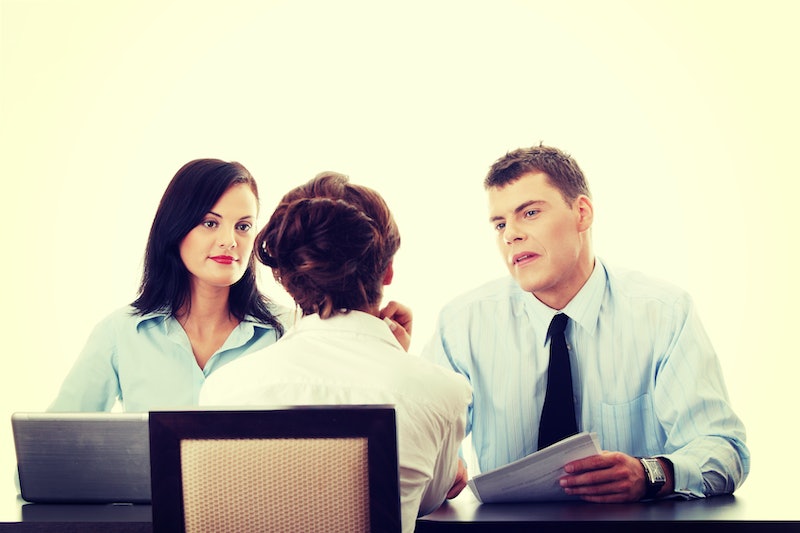 Figuring out what you want to do with your professional life is hard, but getting a job in your desired field is even harder. And unfortunately, a new study shows that the hiring process is more convoluted that we thought: your resume doesn’t reflect your personality, so recruiters end up making flawed hiring decisions.

As anyone who has ever applied for a job will know, creating a good résumé is incredibly difficult. It’s important to communicate you skills and highlight your strengths without bragging, make your experience sound relevant to the job at hand, and proofread about one thousand times. Because your résumé is such an instrumental document, it’s vital that it’s as polished and perfect as possible — you wouldn’t want to be looked over for your dream job simply because of a typo.

In my opinion, the hardest part about building the perfect résumé is making sure that it reflects who you are as a worker. It’s difficult to communicate that you are a passionate, energetic, and easygoing employee (who also happens to bring awesome office snacks) in what is supposed to be a description of your work history. And that’s what so frustrating about this study — it’s clear that there is a huge disconnect between how a résumé is perceived and what the writer was actually trying to convey.

Researchers from Wright State University asked 37 MBA students for their résumés, and then asked the students to fill out a scientifically validated personality questionnaire. The researchers then had 122 professional recruiters evaluate the MBA student’s personality traits based on their résumés as a whole, as well as 77 specific aspects of the document. The recruiters were also asked to determine the hireability of the students.

When the researchers compared the students own personality assessment to the recruiters’ impressions they found that there wasn’t much overlap. In other words, the human resource professionals made very poor estimations about what the students were like and how they might perform in the workplace. Furthermore, the study found that what recruiters think of someone’s personality plays a huge role in the hiring process. In fact, personality estimates were responsible for 42 percent of the variance between who would and wouldn’t have been hired.

Don’t rely on your résumé to get a job, and look for other ways to make your personality shine. By sending follow-up emails and writing a stellar cover letter, you can communicate more about who you are and what you can contribute to the company. The researchers also suggest that you tweak your résumé to give more details about your educational and extracurricular experiences, and warn that you should avoid unusual fonts.

After you’ve made those changes, here are a few other helpful tips on how to snag a job:

Remove Certain Words From Your Résumé

A study shows that these words are overused and can come across as cliché, so get rid of them.

Pick Up The Phone

You’re more likely to be hired when employers actually hear the sound of your voice, so try picking up the phone instead of sending an email every once in a while.

Stick With A Neutral Color

According to one study, hiring managers and recruiters associate neutral colors like blue, black, and gray with professionalism, so dress the part!